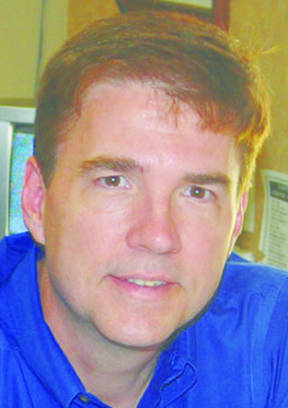 Conspiracy theories seem to fascinate a good portion of our society in many aspects of life, from politics to sports.

Who hasn’t wondered about what really happened in the John Kennedy assassination, which goes all the way back to the year I was born. After watching the movie JFK, I had plenty of doubts myself, but there’s never been any real proof in 50-plus years.

Some can find conspiracy theories in just about everything, and from my experiences in the newspaper business they usually don’t hold a lot of merit.

Even the early investigations into the Las Vegas shootings led to speculation that there was more to the story than the evil media was telling us. It might be fun and exciting to think that way, but all I can do is wonder if people really believe CNN and Fox News would work together to hide information from the public, not to mention hundreds of television stations and newspapers passing up the scoop of a lifetime to keep the public in the dark for a reason that no one ever explains.

At this point, I almost always shake my head and share one truth I’ve learned from EVERY coach I’ve encountered in decades of covering sports — I’ve not met a coach who doesn’t want to win and will play whoever it takes to help him/her accomplish that goal.

The story behind the story is almost always the fact that the parent doesn’t want to admit their little Johnny or Julie just isn’t very good, or at least not as good as the players who actually made the team or is getting all the carries or shots. It surprises me sometimes that a parent would reveal something so absurd to me, but my theory is that so many people agree with them, probably because their kid can’t play either, that they start to believe it themselves.

The other possibility is that Johnny and Julie are used to being the star in junior high and just won’t wait their turn. Or, it could be they were spoiled in junior high/grade school when their coach would allow them to miss practice all week and then show up on Thursday and start. That doesn’t usually work in high school, especially coaches with a little pride in their program and interested in having continued success.

I’ve seen a couple of exceptions in cases where an older player who starts is passed up by a younger player with talent and the coach hesitated to make a change, possibly upsetting team chemistry, but you can be sure the younger player will get his/her minutes and eventually get his/her chance in the spotlight.

It’s much easier to blame someone else than to take responsibility for not being willing to work hard enough or not being talented enough to play instead of accepting reality and finding another sport or activity. They could always look into becoming a sports writer like one local guy I used to know who had to eventually accept the fact he wasn’t going to play first base for the Baltimore Orioles.

This too shall pass