Courtney Hall recently wrote on her blog, The Bourbon Soaked Mom, “I hope my kids appreciate growing up Appalachian. I hope they fly down gravel roads with scraped knees and dirty bare-feet and revel in the raw and rowdy beauty of a summertime spent picking blackberries and killing copperheads with a garden hoe. I hope they relish that same sense of freedom.” She goes on in a more serious tone saying, “I want for them to understand that the most important things in life are not derived from material wealth. I am not a cultured person who has been around the world, so there may be a million ways for a person to come to this realization, but I know that truth came to me, and it was from growing up in these mountains.” Courtney’s “truth” I’ll call “Appalachian Wisdom.”

Nothing was hidden in the Appalachia I grew up in. Poor and rich were in the same schools – which were separated by race. While the mountains locked you into your surroundings, it gave you the sense you were a part of something. And for better or worse, you weren’t going anywhere. But as we moved on or stayed, I do think we learned things living in the mountains that made us the people we are today. I think all of us understand the wisdom received from the mountains.

Here’s an example. We moved from the city to the mountains in the early ‘60s for my dad’s job. The principal of the middle school told my parents that regardless of where you come from, you are placed in the so called middle or average class. Back in those days parents trusted educators, hey my dad never went further than 8th grade because of the Depression. So I started the 6th grade not knowing anyone, but also in a class with kids not as given to as the brainier kids in many ways.

Into the melting pot

It was the best thing that ever happened to me, because I got to know kids who were poorer than most, with parents not as fortunate as others. I felt comfortable with my classmates; we played on the same football team and most of all I got to know kids that I would have never met, should I have been put in the top class.

This experience gave me a comfort level in being with people from different walks of life which enhanced my business and personal life. We didn’t use the word empathy in those days but I developed an appreciation of what people go through, their challenges and how they handled conflicts. This small slice of life experience contributed to my Appalachian Wisdom.

I’ve written a script for a movie based on a true story from the mountains. The story is about three kids and a baseball team and how they handled adversity and conflict in a world that certainly wasn’t perfect in the early 1950s. It’s a beautiful story about hope for kids. I am curious about what stories you would tell about your childhood in the mountains, a story that would add to the wisdom for kids, a story that would give hope to kids in a world torn with violence and strife. For you baby boomers, what stories would you tell your kids and grandkids about growing up in Appalachia?

My first question is: Do you have a story about a teacher or neighbor, about someone in your family or friend, a team, or a story about a tragedy? Would your story offer hope for kids? Does it have uniqueness to Appalachia? My second question is would you share your story? Be truthful (mountain people can smell a lie) but be optimistic and if you see how something can be done better today, please share it. Also, please try to keep your story to 500 words. What stories can you tell and suggestions you can make that not only give Courtney’s kids an appreciation for Appalachia, but also adds to their wisdom and hope?

Ron Schmidt is the creator and executive producer for the film This Field Looks Green To Me which will be filmed in Appalachia Kentucky in 2018. See his recent article in this publication September 2017; Answer the call to ‘feed’ our kids. He is a practicing CPA in Cleveland, Ohio. You may contact him at rschmidt@cbscpasllc.com For information on the movie please go to: www.thisfieldlooksgreentome.com 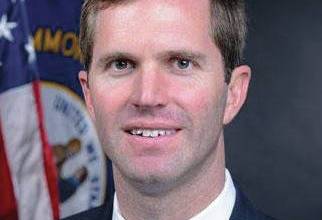 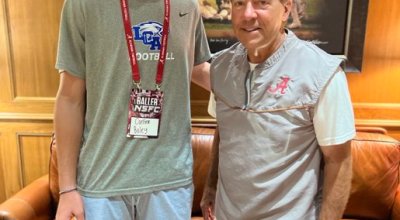 Boeley moves to LCA as his recruitment heats up

CDC says Covid-19 risk is high in 43 counties and medium in 35; transmission levels are high in 111, and Beshear advises caution

Entries sought for annual Festival of the Mountain Masters…