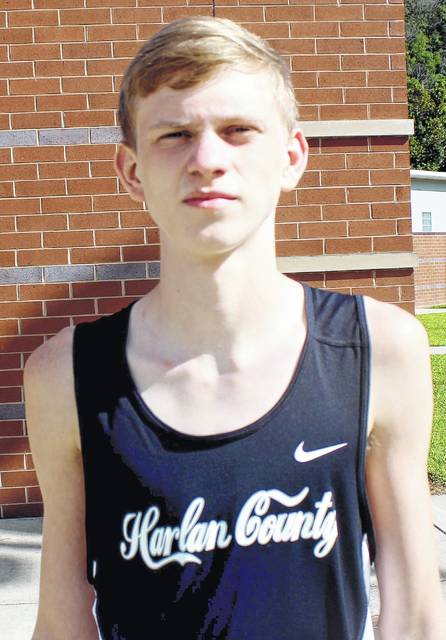 The Harlan County Black Bears returned Tuesday to the scene of their biggest disappointment in 2016: the Southeast Kentucky Conference championship meet at Corbin Primary School.

This time, they came away with a trophy, holding off a challenge by Bell County to capture second place.

“I’m proud of our guys tonight,” coach Ryan Vitatoe said. “This meet was the location of our worst performance of the season last year, and my three returning guys remembered it well. They did a good job of rallying our other guys to elevate their effort level tonight, and we battled Corbin hard for the majority of the race. Obviously, we run to win, but tonight was a good step for us to prepare us for region.”

The Bears got a breakout performance from seventh-grader Daniel Joseph, who came in 17th with a time of 20:29.80.

“I’m super proud of Daniel tonight. I’ve known he’s had the potential to run at this level, and I’m so proud to see him become more confident,” Vitatoe said. “He was dynamite tonight.”

Corbin used a strong second half to pull away from the Black Bears and won the meet by 23 points. Bell County finished 13 points behind Harlan County.

The Harlan County girls squad’s rash of injuries continued as the Lady Bears stumbled to a fourth-place finish.

The Lady Bears were without junior Katie Graham, who reaggravated a previous hamstring injury over the weekend, and seventh-grader Cadance Ferguson was pulled midrace with pain in her foot.

“We continue to struggle to close out races on the girls side,” Vitatoe said. “We were sitting in a good position about halfway in, but faded out. It’s to be expected with such a young group, and they are working hard to learn how to race, but it’s something we have to continue to focus on improving in the next three weeks.”

Upstart Middlesboro came in three points behind Williamsburg, led by eighth-grader Mallory James’ third-place finish with a time of 22:33.12.

In previously unreported action, the Bears turned in solid performances Saturday at the Lexington Catholic Invitational at the Kentucky Horse Park.

“Today was a fantastic step in the right direction for our boys team,” Vitatoe said. “Alex and Josh were great today, and if they’re running like that, it changes what we’re capable of doing as a team. Both Caleb and Zack had their best race of the season, and it’s great to see them improving as the season progresses.”

“I can’t say enough about Cooper, Matt, and Daniel. These guys have been thrown into the fire and they’ve not missed a beat,” Vitatoe said. “They keep inching closer to getting in the 20:00 range, and we become more dangerous the closer they get.”

“We’re still really banged up on the girls side, but I thought we had a great effort today,” Vitatoe said. “Breezy continues her stretch of improving, and it’s changed us as a team. I thought Ariel had a really good race today, and it was great to see Abby begin to see decreases in her time again.

“We’ve been a bit snakebitten with injuries and illnesses this fall, but I remain hopeful we can put our full team on the line at region. Overall, it was a very positive day for our girls.”