Is the end near? Signs of the impending rainfall 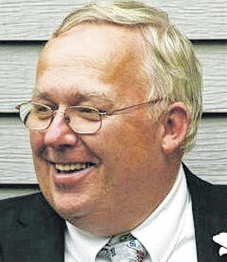 In time, is near an hour, a day, a week, a month, a year, a decade, a century or more? Christians have been saying that the rapture (the first phase of the second coming of Christ) could happen at any moment since He ascended to the Father. Every so often someone comes along giving us a date on when this will occur. I am writing this on Sept. 23, which happens to be the latest date in the line of predicted rapture dates. If you are reading this the rapture did not occur on the 23rd because I was still here Monday the twenty-fifth, the day I will send this column to the newspapers. I had never understood how people could believe it when Jesus said He would return to earth (John 14:1-4), yet disregard Him when He said that no one would know when He would return (Matthew 24:36,44).

Jesus did tell us no one could know the day or the hour, but He does want us to watch for the signs of His return. In fact, in talking about His return in Mark 13:33-37, He uses the word “watch” four times in the five verses and concludes with, “And what I say unto you I say unto all, Watch.”

With all that has been going on in the news the last few weeks, there has been one verse that has been in the forefront of my mind. Luke 21:25, “And there shall be signs in the sun, and in the moon, and in the stars; and upon the earth distress of nations, with perplexity; the sea and the waves roaring;”

The prediction of the rapture on Sept. 23 originated by tying together a passage in Revelation with the placement of the sun, moon, and some stars. The rapture did not come, but the heavenly events of the twenty-third could still be a sign. If we met at a restaurant for dinner and I told you my son would be joining us, then pulled a picture of him out of my wallet, that does not mean he would walk in that instance. His photo was not an announcement of his arrival, but only “a sign” of whom you should be looking,

Luke 21:25 also mentions, “ and upon the earth distress of nations, with perplexity” The world has been on edge recently with all the nuclear power behind the rhetoric between the United States and North Korea. There have also been terrorist attacks on the London subway and van rammings in London and Barcelona. Should Europe take refugees? What about immigration in the US? When will Iran go nuclear? All these have overshadowed (at least to Americans) the never-ending potential war causing problem of Israel and the Palestinians.

Yes, there have been seemingly unsolvable problems in the past, but have we ever seen a time where there are so many of them at once?

Lastly, the verse ends with, “ the sea and the waves roaring.” Does anything more need said than Harvey, Irma, Jose, and Maria? Islands of the Caribbean and areas of Texas, Louisiana, and Florida may take years to rebuild if rebuilt at all. The sea called Atlantic is stirring up some roaring storms.

There has been so much in the news lately that can classify as things Jesus told us to watch regarding His return.

Like looking at a storm roll in on the horizon; you may not know the exact second the rain will start to fall, but you can see the darkening of the clouds, lightning off in the distance; you can feel the increase in the wind. All these are signs of the impending rainfall.

Is the end near? As I said, near is a relative term. I cannot tell you when the rapture is coming, but I can see and show you the signs. We can look at the sky and think, “It will be raining within the hour.” Usually, we will be correct.

In my opinion, will the rapture be within the next fifty years? Yes. Twenty-five years? Most probably. Ten years? I hope so. Why do I think this? The sky is getting darker, and the wind is picking up, it will be raining soon.

Business owners need to wake up