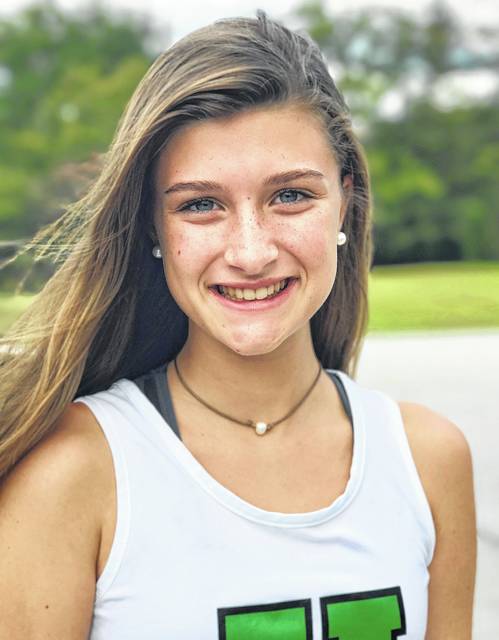 A brand-new, flat, fast course and some unseasonably warm weather were a recipe for new personal bests for many runners, including quite a few from Harlan and Harlan County, on Tuesday at the Middlesboro All-Comers Meet.

The Harlan County girls squad earned their first road victory of the season behind top-10 performances by Breezy Epperson and Cadance Ferguson. Epperson, a senior, finished seventh with a time of 24:43.99, followed immediately by Ferguson (24:46.37).

“It all clicked on Tuesday night for Charles David Morton,” said Harlan coach Tara Bryson. “We have been talking for several weeks about his race strategy, and he did an excellent job executing it. It was fun to watch it happen. Jackson Huff has been running for our middle school team, but we asked him to give varsity a try. Tuesday night, on his second varsity race, he finished second for our team. It is exciting to watch him develop so quickly.

“I continue to be impressed with the effort of our runners from the elementary level all the way through high school. They show up to practice ready to work and that work paid off at the Middlesboro meet on Tuesday night where Charles David Morton, Jackson Huff, and Lucy Bryson all set new personal records. Lucy had a strong finish at Middlesboro to edge out Bell County which allowed her to complete the race fourth place overall. I was so proud to see her dig deep within herself and fight at the end.”

Both teams return to action Saturday at Harlan County in the Black Bear Invitational and Area 9 Championship. The two meets will be run concurrently, with awards given for both.

HCHS, Letcher play to a pair of ties