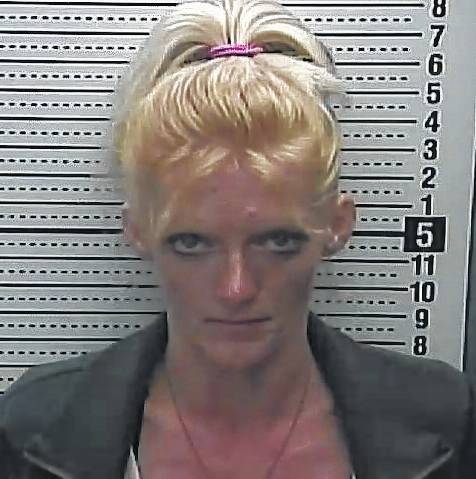 A Cumberland woman has been indicted on charges including possession of methamphetamine and tampering with evidence.

Betty D. Addington, 32, was arrested on a pair of indictment warrants by Harlan County Sheriff’s Deputy Philip Ely on Wednesday.

The indictment handed down by the grand jury on July 19, stems from Addington’s arrest in April by Cumberland City Police Chief Cody Williamson.

According to the citation issued at the time of Addington’s April arrest, police received a complaint that she was carrying drugs. Williamson asked Addington to step out of the car and empty her pockets. Addington pulled out a baggie containing a substance which appeared to be methamphetamine. Williamson also noticed a needle on her person after she was placed in the police cruiser.

Another indictment handed down by the grand jury on July 19 stated Addington introduced dangerous contraband into the Harlan County Detention Center on April 26, 2016. This indictment additionally states Addington was in possession of a schedule II narcotic and tampered with physical evidence.

Williamson presented evidence to the grand jury resulting in the indictments.

Addington was lodged in the Harlan County Detention Center.