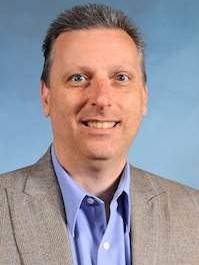 Like many of you, I admired Rick Pitino and his ability to lead Kentucky from probation to jubilation during his tenure as coach of the Kentucky Wildcats. He was a rock star in the Bluegrass and he knew it.

Charged to lead the Wildcats back to the promise land following NCAA violations during the end of the Eddie Sutton era, Pitino was a breath of fresh air and the right man for the job when C.M. Newton was looking for someone to lead Wildcats. It took Pitino just seven years to win the school’s sixth national championship in 1996 and the program was on the verge of something great following a runner-up finish in 1997.

Although primed for more success — evidenced by Kentucky’s national championship run in 1998 — Pitino couldn’t turn down an offer to return to the NBA where he failed to emulate the same winning formula he developed at Kentucky with the Boston Celtics, one of the league’s most storied organizations.

As Pitino found out, leading a storied college program is much different than being totally in charge of a professional sports team.

Following a brief stint with the Celtics that spanned just five seasons, where he compiled a 102-146 mark, Pitino bolted Boston and returned to college coaching at the turn of a new century. Many thought Pitino would end up at Michigan, but when Louisville came calling, he returned to the Bluegrass, much to the dismay of Big Blue Nation. Pitino not only replaced legend Denny Crum, but found himself leading Kentucky’s rival program.

Apparently, Pitino thought the Wildcat faithful would embrace his return to the state. It turned out to be just the opposite and his tenure at Louisville has been somewhat disastrous, with one distraction after another. The Hall of Fame coach survived an extra-marital affair, then a scandal involving prostitutes, one that could possibly cost the Cardinals their 2013 national championship, Pitino’s second title as a college head coach.

Then on Tuesday, seemingly out of the blue, the Cardinals were told they were under investigation not by the NCAA, but by the FBI for an apparent major recruiting violation, where allegedly someone paid off a recruit’s family with $100,000 to sign with the Cardinals. That’s a no-no with the NCAA and definitely a non-no with the feds. The following day, Pitino was placed on unpaid administrative leave, along with athletics director Tom Jurich, who was placed on paid administrative leave Wednesday.

Pitino is the highest paid coach in college basketball, where he makes $7.8 million per season, but there isn’t enough money for Pitino to survive the latest scandal. His success is well-documented with a coaching resume that includes 770 victories and a pair of national championships.

For a coach who has had so much success, especially at Kentucky, it’s a shame Pitino’s career could be in jeopardy following the latest allegations. The infamous “Kentucky Shame” headline that graced the cover of Sports Illustrated before he took over the Wildcats is nothing compared what has transpired this week.