Lady Dragons fall in state All ‘A’ 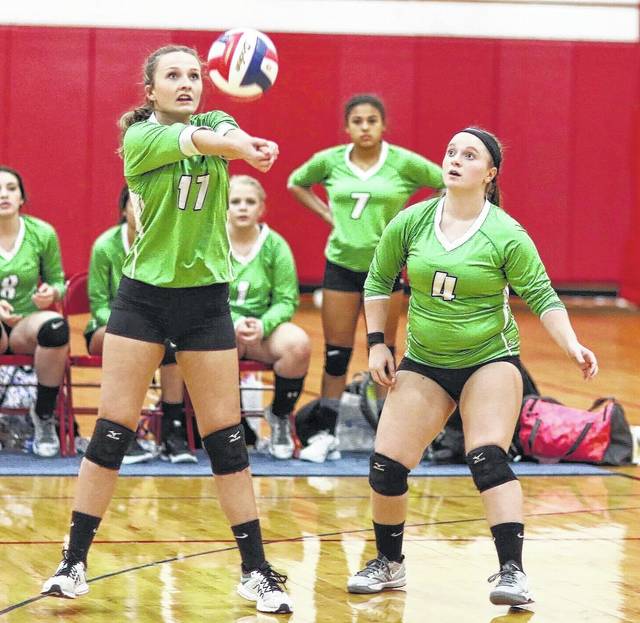 Taylor Simpson set the ball during action in the state All “A” Classic on Friday. Harlan dropped four matches in the state tournament after winning the 13th Region title.

Haven Saylor led the Lady Dragons against Bardstown with three digs and one ace. AnnMarie Bianchi had three digs and one block. Alyssa Moses added four digs. Mady Haynes had two digs. Taylor Simpson and Madison Middleton added one block and one dig each. Hannah Jones and Emily Sizemore each contributed one dig.

Saylor had five digs against Walton-Verona. Moses added four digs and one ace. Bianchi and Simpson each contributed two digs. Middleton had one dig and one ace. Harrison added one dig. Haywood had one block.

Harlan (10-12) travels to Middlesboro on Tuesday to close its district schedule.