Harris passes for 2 TDs as Bears down KC 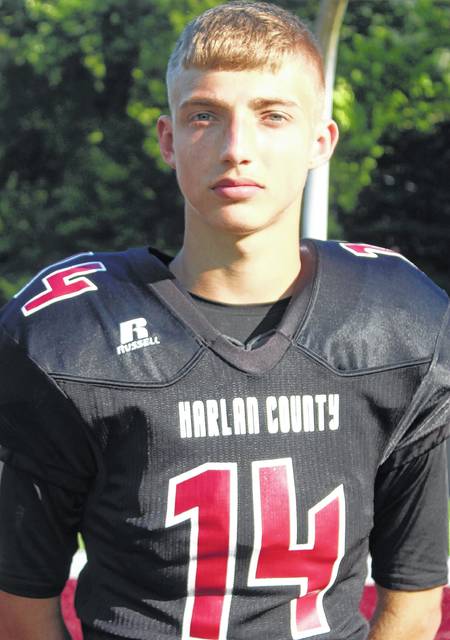 Jay Harris passed for two touchdowns in his first game of the season and the Harlan County defense shut out visiting Knox Central over the final three quarters in a 14-6 junior varsity win Monday at Coal Miners Memorial Stadium.

“We were really tested tonight by a good Knox Central team,” Harlan County coach Matt Duckworth said. “Our guys got down early but stayed composed and fought very hard. We had a few offensive lineman who hadn’t played a lot before step up and open up some holes for (Ben) Landis and (Tyler) Casolari.”

Knox Central opened the game with a 50-yard scoring drive capped by a 10-yard touchdown pass.

Harlan County answered with a 60-yard drive that featured nice runs by Casolari and Landis. Harris, a sophomore who suffered an injury in the preseason and was seeing his first action, connected with sophomore tight end Elisha Smallwood for a 10-yard scoring pass. Tyler Flanary went in for the two-point conversion.

The Bears had success on the ground in the second half, running the clock while they picked up yardage. Harris found freshman Matt Brown for a big gain on a fourth-and-four play, setting up a 15-yard touchdown pass from Harris to Smallwood for an eight-point lead.

“Jay Harris played great in his first game as JV quarterback, and Elisha Smallwood came up big for us as well win his two touchdown grabs,” Duckworth said. “Defensively, our guys continued to play extremely well, even with some starters out with injuries.”

The 3-0 Bears play at Bell County on Monday.

Harlan County lost 38-12 on Thursday in a freshman game at Bell County. Cody Clayborne teamed with Matt Brown for both touchdowns by the Bears, who fell to 2-1.