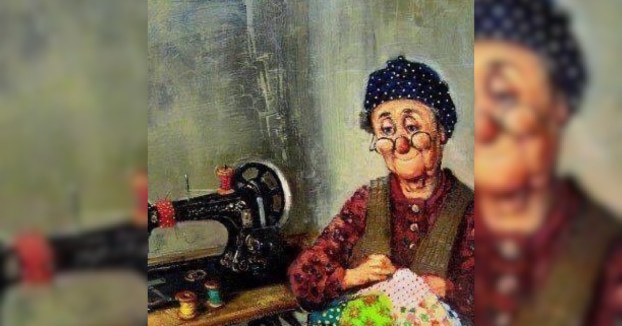 PALAVERING WITH BEULAH: Missing the days of tree swings

I received some photos of my grandchildren playing at a park.  They were swinging and having a good time.  Made me think of when I was a kid – a long time ago.  We had a swing at home.  It was a rope from a tree with a notched board for a seat.  We had so much fun on that swing, and many like it.   There was the “push me higher” routine, the spin around one, and remember standing on the seat and going back and forth side-ways or even pumping up and down.  Today’s mom would faint, I don’t even think my mom saw us.  Oh, and remember swinging on your belly?  And worst of all falling off, yeouch!

Swings in trees are about all gone now days.  But, weren’t they something?  A good rope tied on a tree branch with a board seat, what a ride.  Most boards were notched at each side so they would stay in place.  A really planned swing had a board with two holes through which the rope was threaded.  Lucky the kids that had that swing board as a notched one could throw you easily.  A nice wide long board could ride two and that was the best – double the pump power.

Eventually the notched board would break or someone would hide it so you sat on the rope and had painful fun.  The worst part was if the rope broke.  You had to wait for dad and more rope.  Good-bye swing.

Then there was the tire swing.  Oh, what a marvel.  Hard to pump but if you did it on your belly you could run up a good ride.  I can smell that old tire yet.  When it rained the tire would get water in it and it was nearly impossible to dump out.  If a spider took up residence in that tire that was the worst.  Had to wait that one out.  Remember climbing on top of the tire and swinging that way?  Two could ride then, one in the tire and one on top of it.

And the mud puddle under the swings.  We learned to swing in circles or just get wet.  What fun.  If the tree limb was high you could get a good long sway to your swing, lower limbs meant shorter distances the swing would go.

Did you ever get to swing in the hay barn?  Long swings from rafters?  Usually one rope with a short board or just a knot at the end, but, My! They would go a long way and high.  How did we ever survive?

Remember all the kids that got smacked in the head with a loose swing.   Someone would give it a big push right about the time a passer by happened along.  Whew, the squalling and the blood.  And a bruise that lasted weeks.  And still we would jump from those grand old swings.  “Higher Daddy, higher!’  Echoes from under the trees.

Beulah Rampage Fishbite is a longtime community columnist. She can be reached at beulahfishbite@gmail.com.

By Judith Hensley Contributing columnist It seems on every hand prognosticators in the news and in the church are predicting... read more