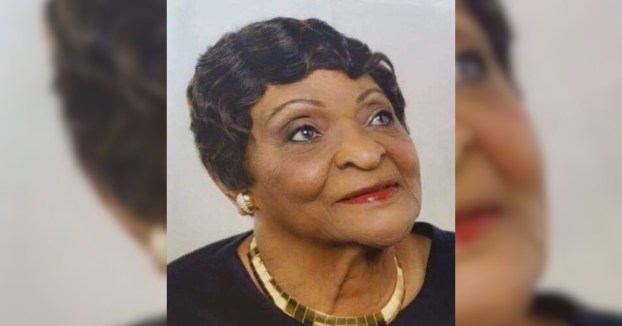 She was born in a two-parent family home that was broken when Alice was 10.

Over the course of 100 years, Alice has survived life’s challenges with resolve. She has a sharp memory that she shared with her children.

One of her daughters has been compiling her story for book material.

Alice’s earliest memories go back to age 2, when her mother took her to visit a dying grandmother.

Alice’s father taught her how to sew, cook, read and about God.

Her mother taught her how to be creative and keep a clean house.

Alice grew up fast and learned to make a way out of no way.

When she was 10, her parents got a divorce. When she was 12, her mother died. Alice spent the next three years of her life in two mining camps in Alabama and Kentucky.

Alice met her first husband and got married around the age of 18. They had a child but the marriage didn’t last. The husband migrated to New York, and Alice, reluctant to follow, took the child back to Harlan, to live near relatives while she worked to make it on her own. Times were hard, and Alice settled down with her second husband, Frank Mason, and birthed eight more children.

After retirement, in 1985, Frank and Alice’s grown children moved them to Macon, Georgia. Frank died in 1988. Alice continued to volunteer her time at the neighborhood church, senior citizens programs, etc.

She currently lives with one of her five daughters and is in fairly good health. She walks with a walker but still gets up daily and makes her bed. She dresses and grooms herself and lives for her family.

Alice is strong, courageous and resourceful. She fixed hair at their home and sewed garments while rearing her young children.

When the children were old enough, Alice got a job working in a dry cleaner’s doing alterations.

At 50, Alice quit working at the dry cleaners and opened up a tailoring shop in downtown Harlan. She taught herself to drive and got her GED. She also taught some sewing classes for the Adult Education Program.

Alice was an organizer. She helped get school bus services for her young children. She started a sewing club that did charity work in Harlan to include construction of the new library.

She worked with the Community Action Agency and helped women get jobs.

She got a job as the first executive director for a senior citizens program. She drove all over Harlan and the surrounding counties recruiting seniors for the program.

After moving to Macon, Alice joined the senior citizens program and taught arts and crafts. She and her sister made specialty dolls and sold them through her nephew. She also made buffalo wing sauce for a specialty shop owned by two of her daughters.

Alice continued to do alterations while living in a senior citizens apartment complex where she moved after Frank passed.

All she does now is enjoy her large family.

She is still humble and as self-sufficient as her aging body will allow.  Her words of advice to her family: Always pray. God will help you work it out.

One injured in Cumberland Manor shooting

A man is recovering following a shooting at an apartment complex in Cumberland on Friday. According to Kentucky State Police,... read more