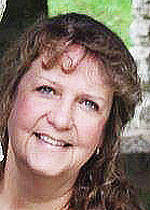 Being a woman, some might assume that we all see issues in the feminine movement identically. Nothing could be further from the truth. When Hillary Clinton said a few years back, “I speak for all women,” it was a huge part of her undoing. Many women revolted against this comment.

Do I believe in equal pay for men and women doing an identical job with the same amount of productivity? Of course, I do. Equal work should result in equal pay. When I started working for a major newspaper in accounts receivable right out of high school, I was set at a beginning pay wage for my position. A year later when I had to train a “college boy” who was home for the summer to do half of what I was doing, he was paid double. Did I like it? Did I think it was fair? Not one little bit. Do I think women are entitled to an opinion? A vote? I certainly do.

What scares me about all this “movement” is that some women appear to have jumped on board in a “pack” mentality because it’s cool at this moment, and in some ways seems to be gaining power, without accepting accountability for their own choices.

Wikipedia defines the movement, “The feminist movement (also known as the women’s movement, or simply feminism) refers to a series of political campaigns for reforms on issues such as reproductive rights, domestic violence, maternity leave, equal pay, women’s suffrage, sexual harassment, and sexual violence, all of which fall under the label of feminism and the feminist movement. The movement’s priorities vary among nations and communities.”

I, for one, want equality, but I never want to lose the place of femininity. I want the right to vote, to earn a living, to own property, to be protected from abuse under the law. I want my opinions to matter, but I don’t want to have to silence or disrespect someone else’s voice in order to be heard. I will never accept the right of any one person to terminate the life of another, regardless of what movement calls the process, “freedom of choice.”

In my opinion, the pendulum has swung too far in an unhealthy direction. When women in public office openly disdain their male counterparts, it doesn’t speak well for this movement as they show open hostility and disrespect. I was totally confused about why a group of women holding positions as elected officials refused to stand during the State of the Union speech for moments that should have been honored by everyone, regardless of male, female, color, or age. How could anyone refuse to stand or clap for a 104-year-old member of the Tuskegee Airmen who was being honored?

Women wanting to rule over men has been an issue around since the beginning of time. Some only want justified equality, but many others seem to want to dominate the male gender and force them into submission.

I’m amazed at the men in this country who seem to be giving up their own equality as they sit passively by and look on. Maybe men are tired of being the head of the traditional household. Maybe they’d love to take a break and let women carry the load of financial responsibility, heads of family, and governance.

It seems that traditional gender roles are vanishing. Some people will think this is a good thing, but many women appear to have become unbalanced in their attitudes. They openly disdain male counterparts. This third historical feminine movement in the US is gaining power. Perhaps it’s a sense of “pay back” for past grievances, or maybe some think women will easily do a better job than what’s been done in the past by men.

In this election year, power grabs will be going on across the nation, and divisions made wider. Every citizen, male and female, had better consider carefully who they are releasing their own power to by vote or by failure to vote.

Feel the wild side with barred owls

By Steve Roark Tri-State Outside The most common owl that I run across locally is the Barred Owl (Strix varia)... read more