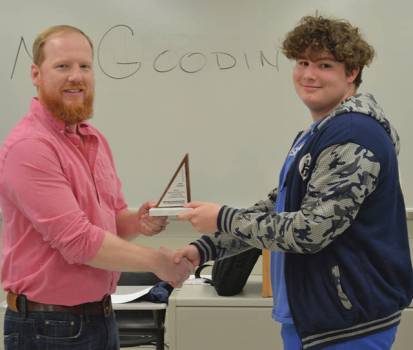 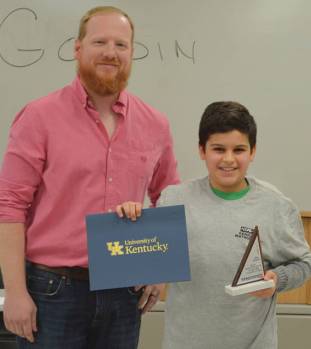 <p>Sayed Damaa received the top award for the MATHCOUNTS competition on Saturday. He earned a renewable four-year tuition scholarship to the University of Kentucky.</p> 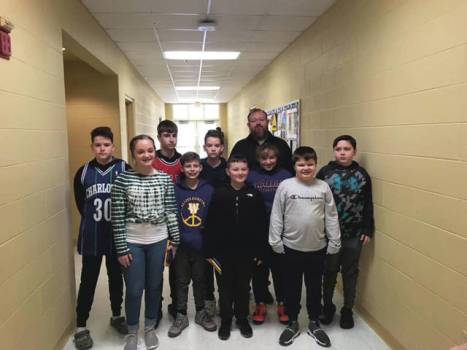 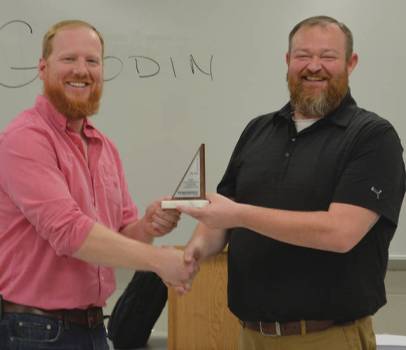 Damaa took top honors in the 2020 Regional chapter MATHCOUNTS competition held on the campus of Southeast Kentucky Community and Technical College in Middlesboro. He led his team to the overall win, advancing to the state competition in March. He claimed first place in the countdown round as well.

The top 10 finishers in individual scoring were Damaa, Dalton Neff of James A. Cawood Elementary; Maddox Huff of Harlan Middle; Holly Gambrel, Reese Arno and Jered Knuckles of Bell Central; Kevin Lee of Harlan Middle; Abbigail Coleman of Evarts; Thomas Polson of Wallins; and Anthony Stone of Pineville. Advancing to state as individuals are Neff, Gambrel, Arno and Knuckles. Damaa and Huff advance as members of their winning team.

Sponsored by the Pine Mountain Chapter of the Kentucky Society of Professional Engineers, the competition featured schools from Harlan County and Bell County and Middlesboro, Pineville and Harlan independent districts.

Corey Napier, a member of the MATHCOUNTS Coordinator for the KSPE Pine Mountain Chapter, said the competition is for sixth, seventh and eighth graders.

“MATHCOUNTS competition is designed to be completed in approximately three hours. Each competition consists of four parts: the Sprint, Target, Team and Countdown Rounds,” said Napier, a professional engineer for Vaughn and & Melton Consulting Engineers, Inc. “The Sprint Round has 30 questions, and students have 40 minutes to complete them. The Target Round consists of eight questions distributed to the students two at a time. Students have six minutes to complete each pair of problems. The Team Round has 10 problems for the team to work together within the 20-minute time limit. The top 25 percent of individuals, up to a maximum of 10, proceed to the Countdown Round, an oral round in which students compete head-to-head.”

Napier explained MATHCOUNTS is a national math enrichment, coaching and competition program that promotes middle school mathematics achievement through grassroots involvement in every U.S. state and territory. MATHCOUNTS is one of the most successful education partnerships involving volunteers, educators and industry sponsors and students.

The organization’s mission statement is to increase enthusiasm for and enhance achievement in middle school mathematics throughout the United States, he said. It is supported primarily by the Kentucky Society of Professional Engineers, the National Council for Teachers of Mathematics and the CAN Foundation.