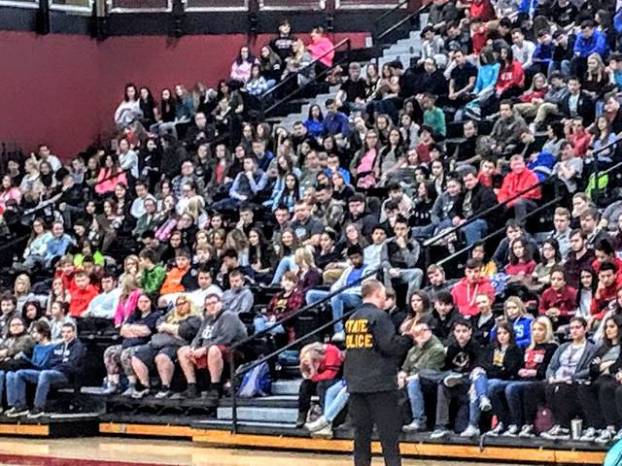 Superintendent Brent Roark updated the Harlan County Board of Education on numerous school safety initiatives during a special-called board of education meeting on Tuesday.

Roark told the board that many things have taken place in the school district over the past few weeks following the tragedies in Marshall County and in Parkland, Florida.

Farmer noted that during the meeting with the law enforcement agencies “All were in agreement and willing to work together. They talked about coming up with a contingency plan.”

He added that one of the officers had been involved in the aftermath of the shooting at Marshall County High School and provided great advice to school districts and law enforcement agencies which participated in the local meeting.

“They all agreed that KSP would be the lead on any incident here,” he said.

Roark told the board about a student assembly presented by KSP Det. Josh Howard and others to stress the seriousness of making or spreading rumors of a threat.

“Det. Howard spoke to the entire student body at the high school about the severity of threats. He told them that if you make a threat on social media they will arrest you. They can chase it back to the IP address.”

Roark said it was made very clear to students what will happen if they are arrested and the long range of ramifications and detrimental impact on their future.

“Det. Howard said 100 percent of those making social media threats are being arrested,” said Roark. “They can trace the threat back to an individual computer.”

Various other items were discussed on school safety, including the arming of teachers and adding metal detectors. It was agreed that both of these actions create new concerns that could actually adversely affect student safety, jeopardizing their safety instead of enhancing it.

Farmer noted the officers agreed that the metal detectors would make students “soft targets” for anyone wanting to commit such a horrific crime.

“They all agreed that metal detectors are not the answer,” he said.

KSP has asked on duty officers to visit schools as often as possible, and to consider using the school’s facilities as a satellite office for doing paperwork and related items.

Roark stressed that many other initiatives are continuing and being added. A KSP leader in school safety visited the high school on Wednesday to observe student movement at the high school.

“We are letting him watch just to see if it is best practice (what we are currently doing),” said Roark. “At present, we are doing everything that any parent, teacher, student can suggest to us that is reasonable that will keep our students safe. Your (the school board’s) role here is to free up some money for us to get these officers in the schools for us. It is your kids and grandkids in the schools.”

Officers will be visiting the schools to learn the layout of the buildings and other key information vital should an incident occur.

The Harlan County Board of Education, meeting in special session on Tuesday, voted to contract with off-duty officers from the... read more