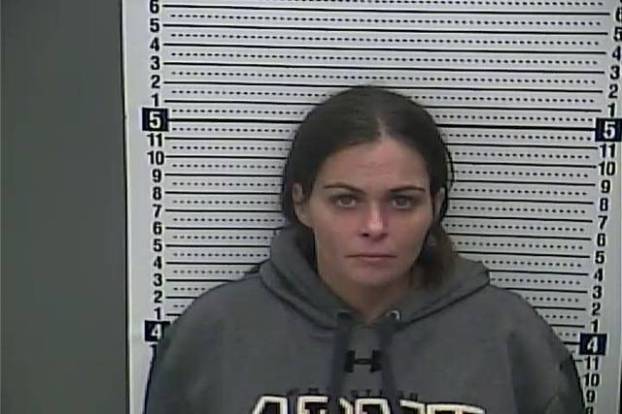 An Evarts woman was ordered to begin a three-year sentence recently after her probation was revoked in Harlan Circuit Court.

According to the order revoking probation, Ledford entered pleas of guilty to charges contained in multiple indictments on Dec. 14, 2016. She plead guilty to charges including first-degree possession of a controlled substance, theft by unlawful taking under $500, Receiving stolen property under $500, second-degree forgery, seven counts of fraudulent use of a lost/stolen or not received credit/debit card, three counts of theft by unlawful taking and two counts of second-degree forgery.

Some of the charges contained in the three indictments stem from Ledford’s June 7, 2016 arrest by Harlan City Police Officer Tyler Hensley.

According to the citation issued at the time of Ledford’s June 7, 2016 arrest, she was observed concealing multiple items in her purse and passing all points of sale without paying for the concealed items. She was also found in possession of a crystal substance believed to be methamphetamine.

A probation revocation order states Ledford was sentenced to three years in prison on Jan. 4, 2017. She was granted probation on the sentence for a period of three years. The order also states Ledford failed to abide by the terms and conditions of her probation. She was terminated from Drug Court for absconding from treatment.

Hendrickson ordered Ledford’s probation revoked and remanded her into custody to begin her sentence.

News Around the State