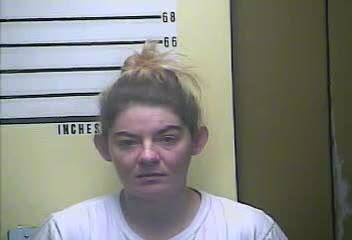 Farmer charged with murder of husband

A Pineville woman was arrested Wednesday and charged with the murder of her husband, according to a statement from the Kentucky State Police.

“Eddie Farmer Jr. was located deceased inside a vehicle with a gunshot wound,” the citation reads. Farmer’s death occurred Sept. 12, 2016 in Bell County. He was pronounced dead at Pineville Community Hospital.

Police told WYMT that the shooting allegedly happened inside a car in a wooded area. Sarah Farmer, his wife, then called 911 and drove him to the hospital.

“It’s not that common that we receive a call that the person that actually committed a crime has called in,” said KSP’s Shane Jacobs, “but it does occur.”

Police have not yet released a motive and the death is still under investigation.

“Was it drug related? Was it a domestic violence issue?” said Jacobs to WYMT. “There are several issues that may have played a role in this. But we were able to get enough information to be able to charge her.”

Sarah Farmer was arrested by KSP Trooper Rob Farley on a warrant from Det. Josh Howard. She was served at the Leslie County Detention Center, where she was incarcerated on unrelated charges.

She is now lodged in the Bell County Detention Center.