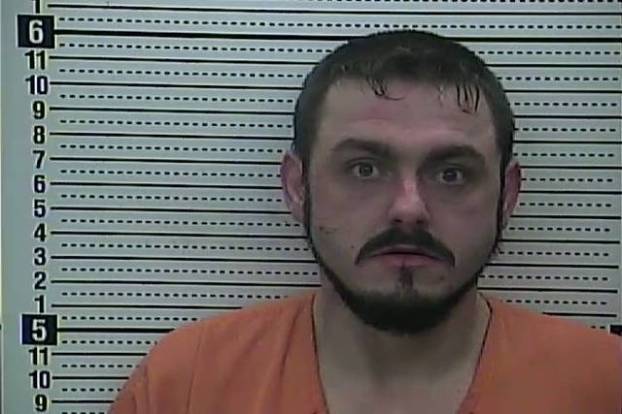 A Kenvir man is facing assault charges after allegedly assaulting a man with a metal pipe.

According to the citation, Wilson responded to a complaint of a domestic at a location on KY 215. Tony Dean, who made the complaint, stated Wynn assaulted him and Rachel Wynn then fled on foot. Wilson determined Dean had come to the residence to check on Rachel Wynn following a phone call to her during which he heard Cody Wynn and Rachel Wynn arguing.

Dean said when he went into the residence, Wynn hit him in the head with a metal pipe. Rachel Wynn advised police Cody Wynn became angry for an unknown reason and began beating the dog. When she tried to get him to stop, Wynn began screaming at her. She said she begged Wynn not to hit Dean with the pipe, but that did not stop him.

The citation states Emergency Medical Services was called to the scene, but Dean and Rachel Wynn both refused treatment. Dean had visible injuries to his right hand and the back of his head and stated he had pain in his right leg. Rachel Wynn stated she was OK, but complained of side pain from a previous physical domestic incident.

Cody Wynn was charged with first- and fourth-degree assault. He was lodged in the Harlan County Detention Center on a $2,500 full cash bond.

In other police activity, Antonio V. Simmons, 43, of Cumberland, was arrested on an indictment warrant on Thursday by Harlan County Sheriff’s Chief Deputy Matt Cope. He was indicted for flagrant non-support and second-degree persistent felony offender. Simmons was lodged in the Harlan County Detention Center on a $1,500 unsecured bond.

Portal No. 31 Underground Mine Tour in Lynch is popular with visitors young and old alike. It offers visitors the... read more