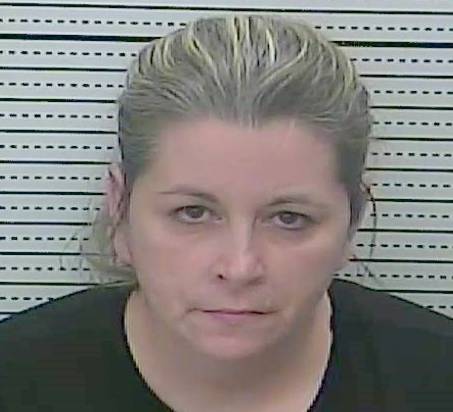 A Harlan woman is facing a burglary charge after allegedly kicking in a door and entering another person’s residence.

According to the arrest warrant, Brock kicked in the door of a man’s residence and entered the home on Nov.5. The resident demanded Brock leave, and told her numerous times to leave his home. Brock did not leave the property until the man called police. When she left, Brock took property from the man’s home which did not belong to her. Kentucky State Police advised the man to obtain a warrant. Brock also continued to call the man’s elderly parents and harass them.

Brock was charged with second-degree burglary and lodged in the Harlan County Detention Center.

According to the citation, Noe found multiple types of suspected prescription medication in Henry’s possession while he was arresting him for operating a motor vehicle while under the influence of alcohol or drugs.

Henry was lodged in the Harlan County Detention Center;

• Lisa Brock, 51, of Wallins, was served with an indictment warrant on Tuesday. She was indicted for second-degree trafficking a controlled substance. She was lodged in the Harlan County Detention Center;

The Center for Rural Development’s Rogers Scholars program was a life-changing experience for high school student Payton Riggins. “When I... read more