A glimmer of hope for a Tri-City merger 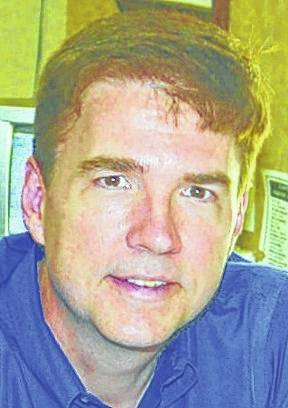 “I want to be in Kentucky when the end of the world comes,” said Mark Twain, “because they are always 20 years behind.”

There’s no mention whether Twain was in Harlan County when he delivered his famous quote about our state, but I had to wonder a few times while I listened to the debate Monday about whether to merge the city governments of Cumberland, Benham and Lynch.

Here we are in 2017, still talking about the idea with no way to know whether it might become a reality this time. To the credit of the Tri-City Chamber of Commerce and a few leaders in the area, there appears to at least be some hope that enough people in the area have been able to break through some of the ancient rivalries that have done nothing but hold our county back.

Lynch City Council member Bennie Massey correctly pointed out that it was “time to come together,” noting that all three cities had failing water and sewage systems and didn’t have the money to fix them and the elderly tax base couldn’t be expected to foot the bill.

Massey cut through to the key issue — it’s borderline insane to continue operating three of everything in such a small area, especially one that has taken hit after hit economically due to the rise and fall of a coal industry that has played such a huge role in the region’s economy for decades.

One of the major complaints about merger at the beginning was the idea that somehow cities would lose their identities with a merger. It always seemed to me that it was more about some city officials at the time being concerned with losing their identity as mayor.

As Tri-City Chamber of Commerce President Jeff Wilder pointed out during Monday’s meeting, no one’s address would change with a merged Tri-Cities government. As I wrote years ago and several times since — Cumberland will still be Cumberland, Benham will still be Benham and Lynch will still be Lynch for many years to come. There are probably a hundred communities or more in Harlan County with identities that don’t require a city government.

City government was little more than a circus for a number of years in several of our towns, especially Cumberland and Wallins, where the sides were drawn and the battles usually trumped city business as officials fought for control. Impeachments were often threatened and sometimes were successful. Politics ruled and progress was little more than a dream.

The drama of years past seems to have been replaced by people trying to do something to help the cities and residents, which is why I have some hope that the current leaders will push for a merger.

Interlocal agreements, a potential compromise discussed at the meeting, call for the cities to pool their resources where possible, perhaps merging departments for certain city services. The big problem there would be that it would require the three cities to actually agree and work together without the turf battles that you know would arise. By reducing the three cities to one it would limit the disagreements to one council instead of trying to get three to work together. Trying to get three councils to agree on who to hire for any position would be chaos.

My biggest concern at this point is that it’s too late, perhaps 10 years or more, to make a difference. There’s no guarantee that a merger can do much to help the current situation in the Tri-Cities, which at least appears to be much bigger than a government can solve, even one actually working for the residents.

But while a merger doesn’t ensure success, maintaining the status quo will all but guarantee a bleak future.