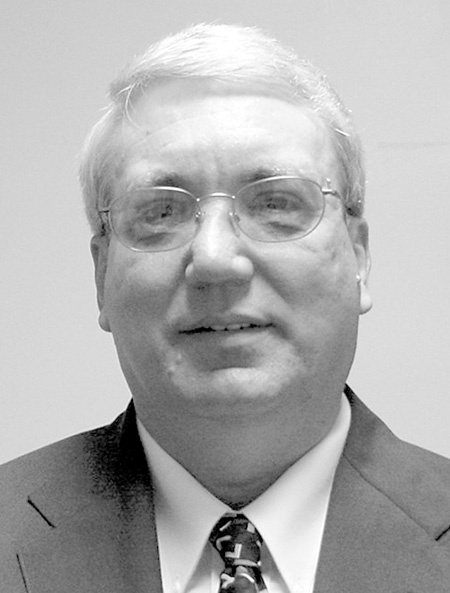 Warning 1: We must beware of idolatry, “Neither be ye idolaters” (1 Corinthians 10:7). There is a subtleness about idolatry as we tend to conform to the values of our society. For example, when does sports as entertainment become sports as idolatry? Consider this banner seen at Lambeau Field before the 1996 Super Bowl: Our Favre who art in Lambeau, hallowed be thy arm. The Bowl will come, it will be won, in New Orleans as it is in Lambeau. Give us this Sunday our weekly win. And give us many touchdown passes. But do not let others pass against us. Lead us not into frustration, but deliver us to Bourbon Street. For thine is the MVP, the best of the NFL, and the glory of the cheese-heads, now and forever. Go get ’em!

Warning 2: We must beware of fornication, “Neither let us commit fornication” (1 Corinthians 10:8). Again, our culture is inundated with sexual messages urging constant gratification. Paul refers to the time of Israel’s stay in Shittim where the men were enticed by the women of Moab into committing fornication with them and later idolatry as well (Numbers 25:1, 2). Paul also points out this problem in Romans 1:27, “And likewise also the men, leaving the natural use of the woman, burned in their lust one toward another; men with men working that which is unseemly, and receiving in themselves that recompense of their error which was meet”.

Warning 3: We must beware of a complaining attitude. “Neither let us tempt Christ” (1 Corinthians. 10:9). When Israel blamed God and Moses for their poor diet in the wilderness, many were destroyed by “fiery serpents” (Numbers 21:4–6). Paul says these lessons are for our good as well (1 Corinthians 10:11).

Warning 4: We must beware of a spirit of dissatisfaction. “Neither murmur ye” (1 Corinthians 10:10). Because of Israel’s negative attitude toward God in the wilderness despite His provision for them, God allowed none of them to go into the Promised Land except Caleb, Joshua, and those under twenty years of age (Numbers 14:22–30). What an admonition to Christians today. A story is told a farmer who had a poor farm, with thin soil, where by hard work, he was barely able to make a living for himself, wife and son. The son, however, was a remarkably bright boy, and easily surpassed all the other boys in the district school. One day the father said to the mother, “Our son is a natural born scholar and if he is only a poor farmer’s son he shall have as good an education as a millionaire’s son.” The father and mother economized and raked and scraped and got enough together to send the boy off to college. The boy did well at college, and every little while sent a letter home telling how well he was doing in his classes. When these letters came the father and mother would read and reread them, and they filled their hearts with joy. One day a letter came and after the father had read it, he said, “Mother, these letters are all right. They do cheer my old heart, but letters are not enough. My heart is lonely for the boy and I must see the boy himself. I cannot wait. I must see him.” But the mother was a canny woman and said, “You must wait, you cannot see him. He cannot afford to lose a day from his studies to come down here, and you cannot lose a day from the farm to go and see him. You must wait.” The father said, “I must see him. I cannot stand it any longer. I must see my boy. I have a plan. I’ll load up the old farm wagon this afternoon and get up before sunrise to-morrow and drive to town and sell my load and make enough to pay expenses, and see my boy. I cannot stand it any longer, I must see him.” That afternoon the farmer loaded up the wagon, went to bed with the chickens, got up early in the morning before sunrise, hitched up the old team and started for the college town. As he drove along he would chuckle to himself, “I will soon see my boy. Won’t he be glad to see me? He thinks I am at home on the farm. Won’t he be surprised when I walk into his room? Won’t he be glad?” Every hour of his dreary journey as he drew nearer the college town his heart grew lighter and happier, and at last as he drew near the town he said, “I am almost there. In a little while now I will see my boy. Won’t he be surprised? Won’t he be glad?” As he drove up the hill towards the college who should he see coming down the sidewalk but his boy with two college friends. “There he comes said the old man, won’t he be surprised to see me? Won’t he be glad?” He jumped off the wagon and ran up to his boy, who had not seen him. “My son,” he cried. His son was surprised, but was not glad. He was ashamed of his father in his plain old homespun clothes before his college friends. “There must be some mistake, sir,” he said. “I am not your son, you are not my father. I do not know you. There must be some mistake.” The Christian life can sometimes become difficult and we become dissatisfied with the Lord Jesus. Beware of Jesus’ words, “But whosoever shall deny me before men, him will I also deny before my Father which is in heaven.” (Matthew 10:33)

Life is short, like a vapor that vanishes after…