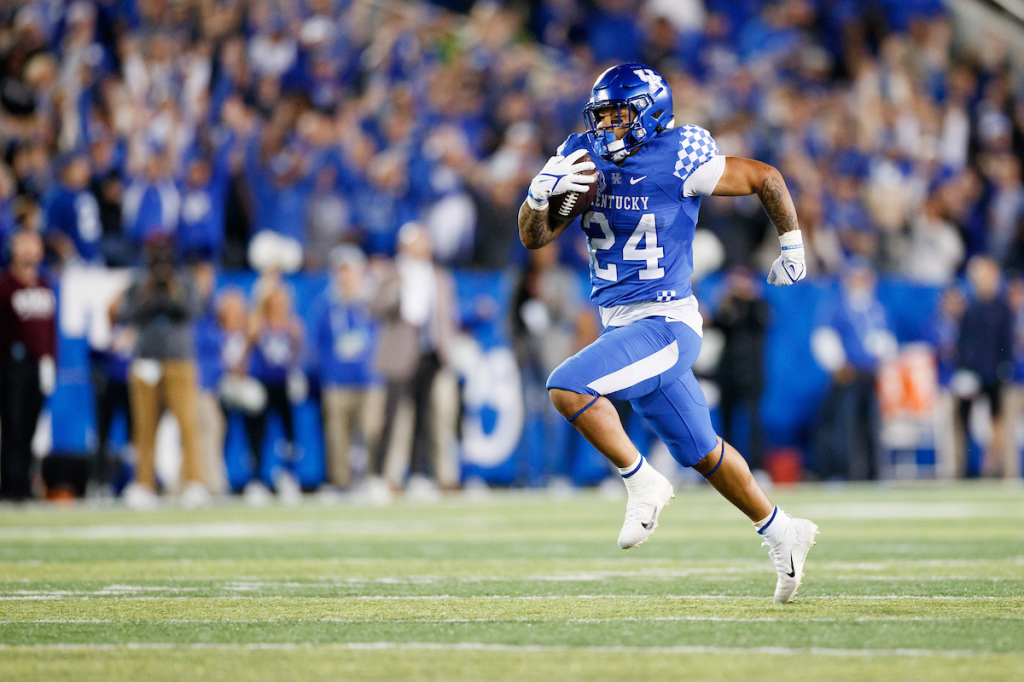 Kentucky and Mississippi State had never played each other as ranked opponents in series history. That was until Saturday night.

The two teams had a tough act to follow after No. 8 Tennessee stunned third-ranked Alabama 52-49 in the marquee Southeastern Conference showdown of the day.

The Wildcats (5-2, 2-2 Southeastern Conference) and Bulldogs (5-2, 3-2) were no match for a possible sequel, but the 22nd-ranked Kentucky got a win it desperately needed following back-to-back conference losses to Mississippi and South Carolina respectively, with a 27-17 triumph over the No. 16 Bulldogs.

The return of standout quarterback Will Levis, coupled by timely and breakout runs by Chris Rodriguez, fueled Kentucky’s offense, especially in the second half. Levis missed last week’s 24-14 setback to South Carolina because of an injured foot but stayed poised in the pocket and overcame adversity.

In his first game back following his first miss as a starter in two years, Levis threw for 230 yards and a touchdown. Three games into his return, Rodriguez had his best performance of the year, rushing for 196 yards and a pair of touchdowns.

Levis displayed toughness and grit following a heroic return in the third quarter after taking a shot to his shoulder on a 33-yard pass completion to Barion Brown. Levis sat out briefly and returned to the lineup. Showing no signs of pain, Levis fired a 3-yard touchdown pass to Rahsaan Lewis on the following series, a score than provided a much-needed boost for the Wildcats.

“He is a tough player, and he’s a great leader,” Stoops said of Levis. “He has that belief about him, because he’s earned it. He’s worked for it … that’s a guy that prepares and works and leads the team.”

Levis threw an interception that resulted in a 59-yard touchdown that pulled the Bulldogs within 20-17 with eight minutes remaining. The senior signal caller wasn’t dismayed by the miscue, and a 50-yard pass to Dekel Crowdus that led to a 7-yard touchdown run by Rodriguez that prevented a late letdown by the Wildcats.

“That running back (Rodriguez) played as good of a game as I can remember anyone playing in the conference this year,” Mississippi State coach Mike Leach said. “I have not played everybody, but he played better than any running back I have seen in the conference. I did not think we tackled as well as we had been tackling either.”

Both teams managed just three points each in the opening half, as the first two quarters featured enough penalty yardage by both teams to cover an entire football field and then some. The Wildcats were flagged ten times for 70 yards and had a kickoff return for a touchdown nullified by a block in the back penalty.

Although it wasn’t pretty, a win is what matters for the Wildcats going into a bye week before an Oct. 29 showdown against surging and undefeated Tennessee in Knoxville.