Mintz follows heart, opts out of NBA Draft to return for one more season 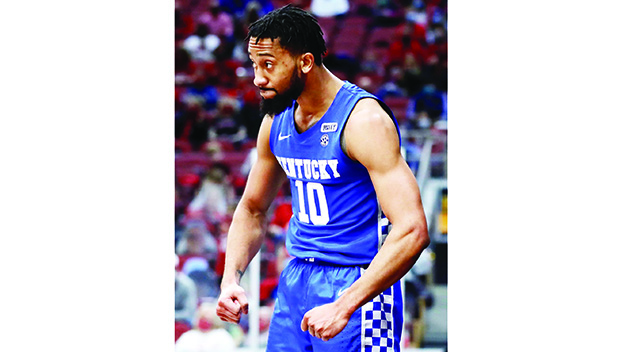 Davion Mintz will return and play for the Wildcats next season. (SEC Photo)

Davion Mintz is returning to Kentucky.

Mintz withdrew his name from the NBA Draft on Thursday ahead of the July 7 deadline and will play one more season with the Wildcats. Mintz led UK in scoring (11.5 points per game), 3-point field goals (56) and assists (77) last season.

“I wanted to give it a real shot and I feel like I did that,” he said “I know that I am ready and closer to my ultimate goal of playing in the NBA. Having said that, my heart has guided me back to Kentucky for one more year.

“I want another season on the national stage to prove that I am ready to play at the highest level. I can’t wait to get back to Lexington with my teammates and experience the full effect of Big Blue Nation. It’s time to get back to work.”

Mintz is the first player to return to campus after leading the team in scoring the previous season since Randolph Morris returned to campus during the 2006-07 campaign. Next year’s roster features Mintz, a fifth-year graduate, a redshirt junior, six juniors, a redshirt sophomore, two sophomores and three freshmen.

Kentucky coach John Calipari welcomed the return of Mintz.
“I am so happy for Davion because he was able to explore all of his options and decided to come back to a place that he loves,” Calipari said. “He is one of the most appreciative players I have coached in my time here. I said to his parents after last season, ‘I can coach him for the next 10 years.’ He is that kind of person, player and leader.”

Calipari said the team’s makeup is different than last season, but added, “there is no question that Davion makes us better.”

“He improved so much from the start of last season to the end and I can’t wait to see that continued growth in his second year with us,” he said.