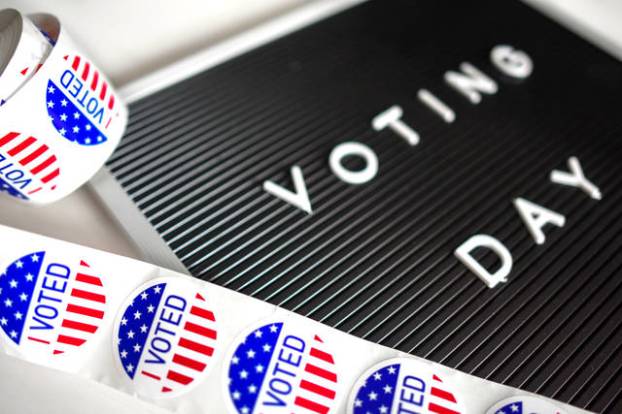 Harlan County Clerk Donna Hoskins is encouraging everyone to get out and vote in Tuesday’s primary election.

“I just always ask for people to turn out to vote in Harlan County no matter what election because we want to be heard,” said Hoskins. “If you don’t cast your vote, how can you complain. It’s important. It’s the leadership for our state.

“No matter what, if it’s for dog catcher or president, voting is the most important thing. You need to come out Tuesday and vote.”

There are several statewide offices that are up for vote this election. In the governor’s race, Republicans will be choosing between incumbent Matt Bevin, Robert Goforth, Ike Lawrence and William E. Woods. Democrats will pick between Rocky Adkins, Andy Beshear, Adam Edelen and Geoff Young.

In the Commissioner of Agriculture race, Republicans will choose between Bill Polyniak and Frank F. Quarles, while Democrats choose between Robert Haley Conway and Joe Trigg.

Republicans will also be picking an Attorney General candidate between Daniel Cameron and Will Schroder.

Democrats will select an Auditor of Public Accounts candidate between Kelsey Hayes Coots, Sheri Donahue and Chris Tobe (Drew Curtis is on the ballot but has withdrawn).

Also on the Democratic ballot is the State Treasurer’s race between Michael Bowman and Josh Mers.

For more information about Election Day and voting, contact the Harlan County Clerk’s Office at 606-573-3636.

The following individuals were recently lodged in the Harlan County Detention Center: • David Gosnell, 45, of Harlan, was arrested... read more