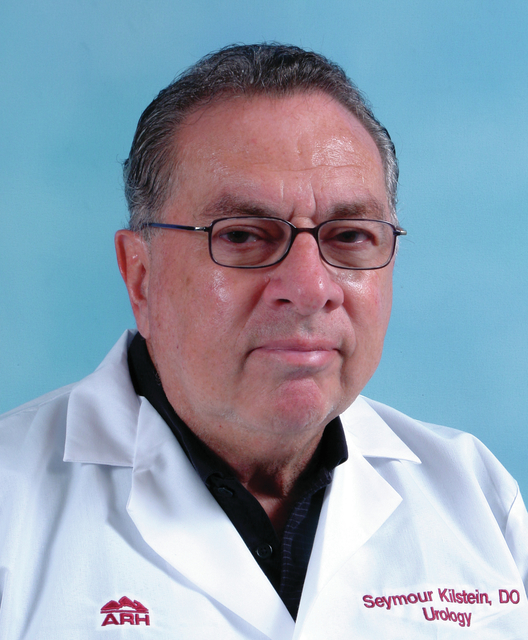 Trying to make a difference in the community

I can’t stop myself from repeating it: Super Bowl Champion Philadelphia Eagles!

My guys were underdogs in all three of their playoff games and then dethroned the Evil Empire of New England. The 58-year drought ended and the city is still rejoicing! The day after victory, 14 million people called in sick and three million crowded downtown for the parade.

After that little fist-pump, it’s back to the world of medicine close to home.

First up, current research indicates a potential link between ibuprofen (Advil and Motrin) and infertility in men; so a word to the wise.

It still amazes me to find such a high percentage of smokers in my urologic practice. The adverse health effects of tobacco use are well-known and extensive. Besides causing heart and lung disease, it is now reported that smoking can cause ulcerative colitis.

Almost every one of my bladder cancer patients (95 percent) are smokers. A big part of the reason for this is the carcinogens from cigarettes (or other tobacco products) are filtered by the kidneys for removal from the body and drip down to the bladder. This occurs all day and all night.

As a result, the interior of the bladder is constantly exposed to those cancer-causing agents. This is a serious health problem. Even if you quit smoking completely, it takes seven years to return to a “normal” risk level for bladder cancer, while heart and lung function improve in 30 days.

Before I came here, patients were seen by urologists in nearby communities or even in Lexington, yet none were placed on a prevention program. Once you have a stone, the chance is 100 percent that you will form a new one within two to five years.

Once you begin to follow the program I use, the chances of recurrence fall to zero to five percent. To my knowledge, none of my Harlan patients has had a recurrence.

Another of the most significant health problems we have around this community is obesity. It’s also a national problem. There are 78 million people in the U.S. who are obese, 37 percent of adults and 17 percent of children. A total of $147 billion per year is spent on treating or managing health conditions linked to obesity.

There are seven urologic conditions strongly linked to obesity. They are: infertility, prostate cancer, kidney cancer, kidney stones, overactive bladder, stress urinary incontinence; and bladder symptoms of frequency, burning and even blood in the urine.

I plan to stick around awhile, try to make a difference in this area of medical practice, reduce suffering as much as I can and give my patients a chance to have a better life.

I felt really good when I heard that Supreme Court Justice Ruth Bader Ginsberg, who is 84, has no plans to leave her post. I remember a few years ago when Justice John Paul Stevens retired from the court at age 90, so there is hope for me yet!

Then again, the Republican Party chose (and Americans elected) to put our fate in the hands of a wealthy TV personality with no political experience, so of course now many Democrats want to counter with Oprah. As in the old hit song from Sonny and Cher, “the beat goes on.”

Do we ever trust any politician? I guess Rep. Patrick Meehan gets the biggest award for hypocrisy. The 63-year-old House member from Pennsylvania allegedly sexually harassed a young lady who worked on his staff. When she refused his advances he reacted badly, became increasingly hostile and finally had to pay her off.

But he paid her with Congressional funds, not his own money. And, as if that’s not bad enough, he was a sitting member of the House Ethics Committee and once served as a federal prosecutor. He has at least resigned from the ethics committee while the investigation continues.

This is a great country, but buddy do we have problems!

There is always time for prayer, but now is the time for Congress to ban automatic weapons. I respect the right of adults to own a rifle to hunt or a gun for self-defense, but there is no need for killing machines in this country.

On a personal note, this coming April 30 will mark the completion of three years that I’ve had the privilege to work here for the great, gracious and grateful people of Harlan and the surrounding areas. I hope the hospital will allow me to work here for many years to come.

Last but not least, I give a “shout out” to my great wife Sandra, who takes great care of me and has followed me to new locations, including Harlan, without hesitation and she gets up every morning at the crack of dawn to make me breakfast.

While I’m eating, she goes out to heat my car and clear off any ice and snow. I’ve never asked her to do anything for me. She just anticipates my needs. That’s true love. She’s the light of my life.

So long, my friends, for now.

Seymour Kilstein, DO, is a urologist at the ARH Daniel Boone Clinic.