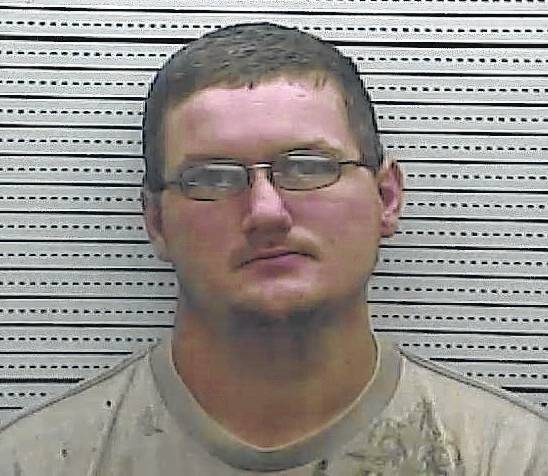 An Evarts man was ordered to begin serving a three-year sentence after his probation was revoked in recently in Harlan Circuit Court.

According to the order revoking probation, Lamb entered a plea of guilty on Oct. 20 to second-degree criminal possession of a forged instrument and theft by deception under $500. He was sentenced on Nov. 17 to a total of three years in prison. Lamb was granted probation on the sentence for a period of three years. He was additionally ordered to pay $30 in restitution to Evarts Marathon Mini Mart and $34 to Bruce or Candy Caudill within 60 days of sentencing.

The order states Lamb failed to abide by the terms of his probation, committing six violations. On March 14, Lamb tested positive for Suboxone and verbally admitted to using the drug on or about March 3. Lamb also advised a counselor at Cumberland River Behavior Health Center he was still using Suboxone without a prescription on April 10. Other violations include failing a random drug screen and testing positive for methamphetamine, amphetamine and Suboxone. Lamb absconded from probation on July 30 when he left WestCare Treatment facility against staff advice and made no contact with the Office of Probation and Parole.

Hendrickson ordered Lamb’s probation revoked and remanded him into custody to begin his sentence.

In other court activity, Todd Holden, 31, of Ages, was sentenced on charges of first-degree wanton endangerment (three counts) and third-degree terroristic threatening (three counts) contained in an indictment handed down by the grand jury on Feb. 29, 2016.

According to the indictment, Holden made threats while pointing a knife at Kevin Burkhart, Tamera Boggs and Adam Helton on Dec. 20, 2014.

The indictment stems from Holden’s arrest on Feb. 6, 2016 on a warrant obtained by Kentucky State Police Trooper Kenny Sergent.

Sergent presented evidence to the grand jury resulting in the indictment.

Holden was sentenced to a total of three years in prison. He was given credit for time served and granted probation on the remainder of the sentence for a period of one year. The final judgment order also states Holden will no longer reside in Harlan County.