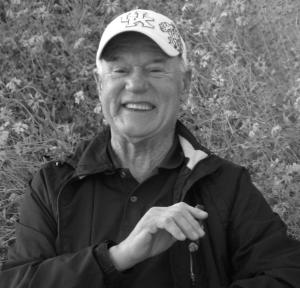 Dorsey Otto Gilliam was born February 24, 1933 in Harlan County, Kentucky and grew up on Cloverlick in Cumberland, KY. He passed away on November 5, 2022 in London, KY with all his children by his side.

He was preceded in death by his father, James Elbert Gilliam, and mother, Polly Dixon Gilliam; as well as his brothers, Hubert Gilliam, Harold Gilliam, Jack Gilliam and Jerry Gilliam.

Otto was a retired mining lab technician with Berwind Corporation. He graduated from Cumberland High School and served in the United States Navy during the Korean War and played basketball for the Navy Flyers. He married the late Susie Charlene Hartsock Gilliam. He became an avid golfer during his retirement and loved playing golf and cards with his dear friends that he loved so much. Otto was a Kentucky Colonel, a member and fixture of the Lynch Country Club and served as Quarter Master of the VFW Post 5171 in Cumberland, KY. Otto personalized his stories and was genuinely loved by everyone. Always smiling, always laughing and always making everyone happy, he was truly the “life of the party!” His legacy lives on in his family and many friends and there is no doubt that “Otto” stories will be told for many years to come.

A Celebration of Life for Otto Gilliam will be held on Saturday, November 19, 2022 at 3:00 p.m. at Benham School House Inn in Benham, Kentucky. The family has entrusted House-Rawlings Funeral Home with the arrangements.