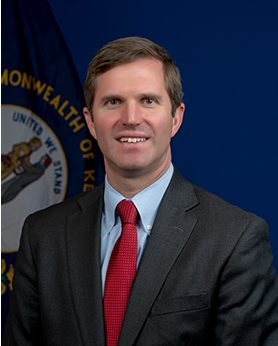 Gov. Andy Beshear gave updates on recovery efforts from the historic July flooding in Eastern Kentucky, as well as the December tornado outbreak in western Kentucky on Thursday at his weekly press conference.

He noted the flood death toll remains at 39, while two women are still missing in Breathitt County, Vanessa Baker, 60, and Nancy Cundiff, 29; both of whom are from the Lost Creek community and remain unaccounted for.

“The Kentucky State Police Aviation Branch is conducting another aerial search for the two missing women,” Gov. Beshear said, “and so many different crews have been out on multiple weekends and pretty much day in and day out, continuing that search.”

Residents of 13 counties are eligible for individual assistance from the Federal Emergency Management Agency, or FEMA, along with other federal agencies.

All drinking water systems are back online, he reported, although a few have limited operations, and there are 1,310 service connections under a boil water advisory.

In addition, he noted four wastewater treatment plants remain out of service, two apiece in Letcher and Perry counties.

A total of 345 people are still being housed at state park lodges and cottages.

The nine-month anniversary of the deadly tornado outbreak in western Kentucky, where 81 people lost their lives and 16 counties received approval for federal assistance, will be marked on Friday.

“To date,” Beshear said, “it is estimated that federal, state and Red Cross disaster assistance has totaled more than $224.3 million.  The Commonwealth of Kentucky represents more than $123 million, through the SAFE Act passed by the General Assembly and the Team Western Kentucky Tornado Relief Fund.  That is up from $108 million we announced at the six-month anniversary.”

Much of the Tornado Relief Fund money is being focused on long-term recovery with an emphasis on housing, he said.

“(A total of) $16 million was pledged to Habitat for Humanity, Homes for Hope, and the Fuller Center for Housing, to build 300 homes in the affected communities,” Beshear stated.  “To date, 25 homes have been built or are under construction.  With six of them, the keys have been handed over and the families have moved in.  19 are going to be completed by the end of the year.”

He added another $12 million in relief fund money for housing is being handled by local recovery groups.