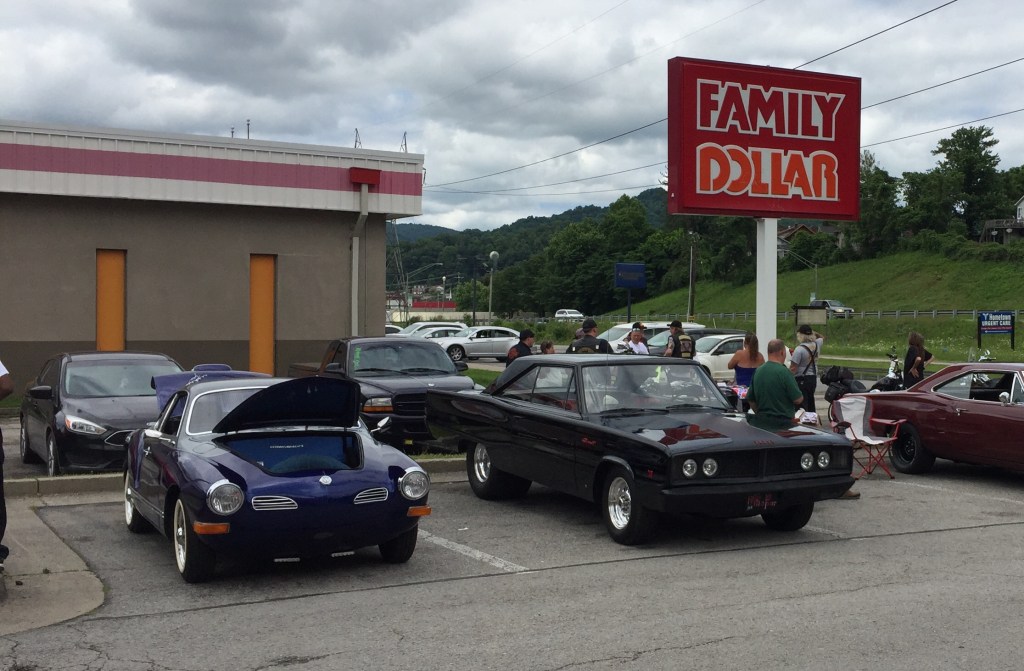 The Southern Brothers Motorcycle Club previously held a car and motorcycle show over the Memorial Day Weekend. The club is doing it all again in September. (Photo by Joe Asher)

The Southern Brothers Motorcycle Club is bringing their 5th Annual Car and Bike show and Swap Meet back for another installment this month, with the event set to take place in the parking lot at the Family Dollar and Hardee’s in Harlan on Sept. 24 – 25.

The car and bike show is scheduled for Sept. 24, with a Swap Meet taking place on Sept. 25 at the same location.

Southern Brothers Harlan Chapter Treasurer Jaysin Stallard provided some background on the club and the event.

According to Stallard, a portion of the proceeds will go to support the Cawood Ledford Boys and Girls, as has been the case for the last three years of the show.

“It’s going to start at noon and run until about 5 p.m.,” Stallard said. “We usually need you cars and bikes in before 3 p.m., because we usually start judging about 3:30 or somewhere around there.”

Stallard said the entry fee is $10 per vehicle, just show up the day of the show to enter.

“Usually, we have a lot of members that will be doing different things like selling shirts. They can enter your car,” Stallard said. “Everything is done the same day.”

Stallard said the club would sell shirts at the car and bike show and the swap meet.

The cars and bikes will compete for titles such as Best Car, Best Bike, and Best Overall.

Stallard mentioned the Southern Brothers got the idea to help support the Cawood Ledford Boys and Girls Club when local chapter President Robert Edens, aka Lone Wolf, told the members one of his children had started working for the Boys and Girls Club.

“It helps the kids,” Stallard said of the Toy Drive. “We found out there are a lot of places where nobody was going and giving gifts to the kids, so last year. We did a small toy drive. This year, we have been taking donations all year long.”

Donations of toys are taken at Stallard’s shop, Slingin’ Ink, across from the bank near the old Evarts High School in Evarts.

“We don’t take money,” Stallard said. “But we take any type of clothing and toys. We will be distributing those around Christmas. It’s all about helping the kids in the community. That’s what we’re out there trying to do.”

The Southern Brothers Motorcycle Club has several chapters in the region.

“We are a local club,” Stallard explained. “We have six chapters throughout Kentucky and West Virginia. We are basically just a bunch of guys who are in love with riding our bikes. We like to have a good time, but we also like to give back to the community.”

Stallard pointed out that the Southern Brothers Motorcycle Club does not promote or participate in any negative behavior often associated with motorcycle culture in movies or television programs.

“We’re just a bunch of old dudes who like to have fun and ride our bikes, but it’s all about helping people,” Stallard said.