Vigil for Kayla Massingale to be held this weekend 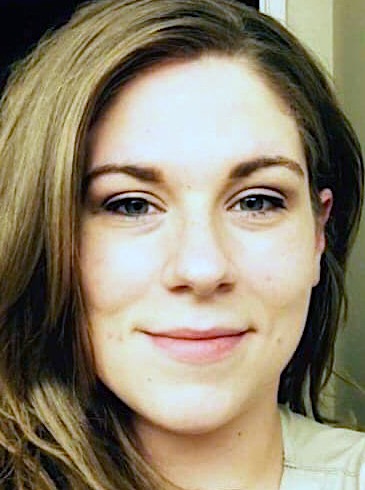 A vigil will be held this weekend to honor the first anniversary of the death of a Harlan County woman.

Friends, family, and the community are invited to Huff Park on Saturday at 7 p.m. to commemorate the life of Kayla Massingale.

Massingale was found dead last September, and her death remains under investigation by the Kentucky State Police (KSP). She left behind a young son, Brandon Ray Jones.

Friends and family remember her as a kind person trying to turn her life around.

In a written statement to the Enterprise, Massingale’s mother, Donna, said her daughter was an incredible person.

“It’s hard for me to just write stories about her and not tell what an amazing young woman she was,” wrote Donna Massingale. “How loving she was; confident, caring and warm she was. If Kayla loved you, you were a really blessed person.”

Donna Massingale described her late daughter as someone “who loved deeply and a forever friend.”

And no matter what she was going through, Massingale would greet people with a sweet smile.

Her mother wrote that Massingale often sang as a child but became self-conscious about it as she grew older.

Her immediate family still misses her.

“I miss her, and her brothers miss her,” Donna Massingale wrote. “She was my only daughter and one of the loves of my life. I could not have been more proud of her. She was a great daughter, friend, and mom.”

Massingale’s cousin Marie Grubbs spoke to the Enterprise about her.

Grubbs reiterated that Massingale was a lovely child and later young woman who overcame many hardships in her life.

“She held down a lot of jobs in her life,” Grubbs said. “She always worked from the time she moved in with her boyfriend. In fact, she was the sole provider for the family.”

After working different fast food jobs, Massingale found her niche at Harlan Health & Rehabilitation Center. She became certified as a CRNA and was planning on attending nursing school.

“That was her plan to better her life and her son’s life,” Grubbs said.

Massingale always looked out for her family.

“She loved her family,” Grubbs said. “Once her mom and dad were in a difficult financial situation, and Donna said that she would slip money into her purse when she came to visit and then would not say anything.”

Courtney Middleton was a friend of Massingale’s at Harlan High School and recalled she was the kind of person people wanted to be around.

“She was a very outgoing person. She was very friendly. She was always making jokes and making things funny,” Middleton said.

In high school, Middleton said that Massingale was adventurous and always went out and did things.

“It was impossible not to like her,” Middleton said.

And the positive impression she left makes Massingale’s death at 31 all the more tragic.

The unresponsive female, later identified as Massingale, was transported to Harlan Appalachian Regional Hospital, according to the news release. After being initially listed as “Jane Doe” due to not having identification on her, Massingale was transferred to Hazard ARH Hospital and pronounced dead on September 2nd, 2021.

Massingale’s friends and family are still searching for answers about her death. Family members said in a previous Enterprise story that Massingale filed a rape report with local police and was in fear in the last days of her life.

A Facebook group, Justice for Kayla, has over 2,000 members. A $2,000 reward is being offered to anyone who comes forward with information that could help solve the case.

“It’s hard when you see such a close friend – and so young – pass away unnecessarily,” Middleton said, who hopes that someone will come forward with information that will bring her friend justice.

Donna Massingale firmly believes there will be justice in her daughter’s case.

“Nothing I say or do will bring my beautiful daughter back to me, but I do know that justice will prevail. She belonged to God, and he will avenge her death,” she wrote.