Scrangello plans to use ‘gem’ Kattus this season for Cats 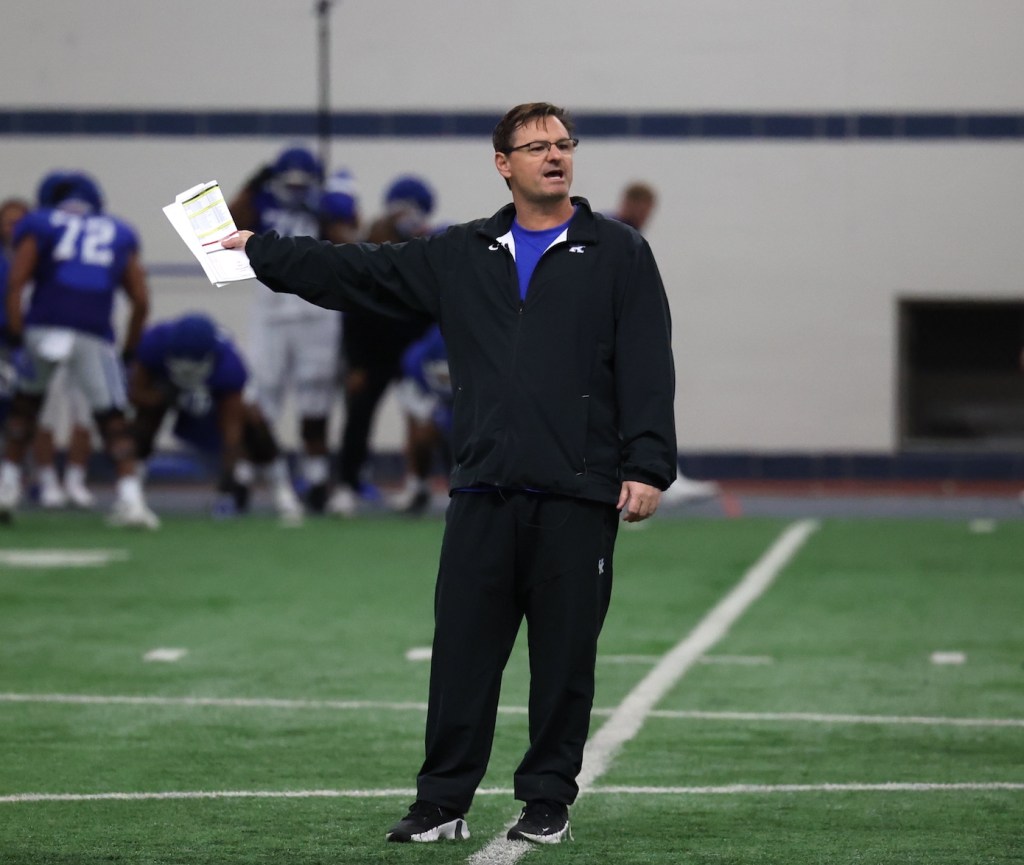 Offensive coordinator Rich Scangarello thinks he might have a “gem” in freshman tight end Kyle Kattus. (Photo by Vicky Graff)

New offensive coordinator Rich Scangarello continues to make it clear he plans to use the tight ends a lot this year — and the tight ends did combine for 15 catches in UK’s first scrimmage. However, the biggest surprise here is that freshman Kyle Kattus of Cincinnati has positioned himself to perhaps be in the playing rotation.

Scangarello called  him a “gem” and admitted he was a big Kattus fan.

“He’s got a long road to go, but he’s got some special qualities. He’s kind of become a favorite, I think, among the offense too as a young player. He’s nasty, plays hard, plays to the whistle,” Scangarello said.

“I think he aggravates the defensive guys at times, which I love. He’s got a little something to him that’s going to make him a really good football player here.”

Quarterback Will Levis said Kattus “turned heads” immediately when he got on campus.

“He’s not the biggest dude at the tight end position, but he’s got a really good feel for the game. He’s a smart kid, physical kid, brings the energy,” Levis said. “I think he’ll get some burn (playing time) this year.”

He’ll bring that physicality, and that’s what you need to be able to play in this room. I think that’s why he’s turning so many heads,” Bates said.

The good news for Kentucky is that redshirt freshman tight end Jordan Dingle of Bowling Green is doing the same thing according to coach Mark Stoops.

“He had a couple nice grabs out there, he’s just a complete tight end,” Stoops said after Saturday’s scrimmage. “He’s got a good feel for it, he’s got a big catch radius and makes competitive catches, he’s done a lot of good things.”