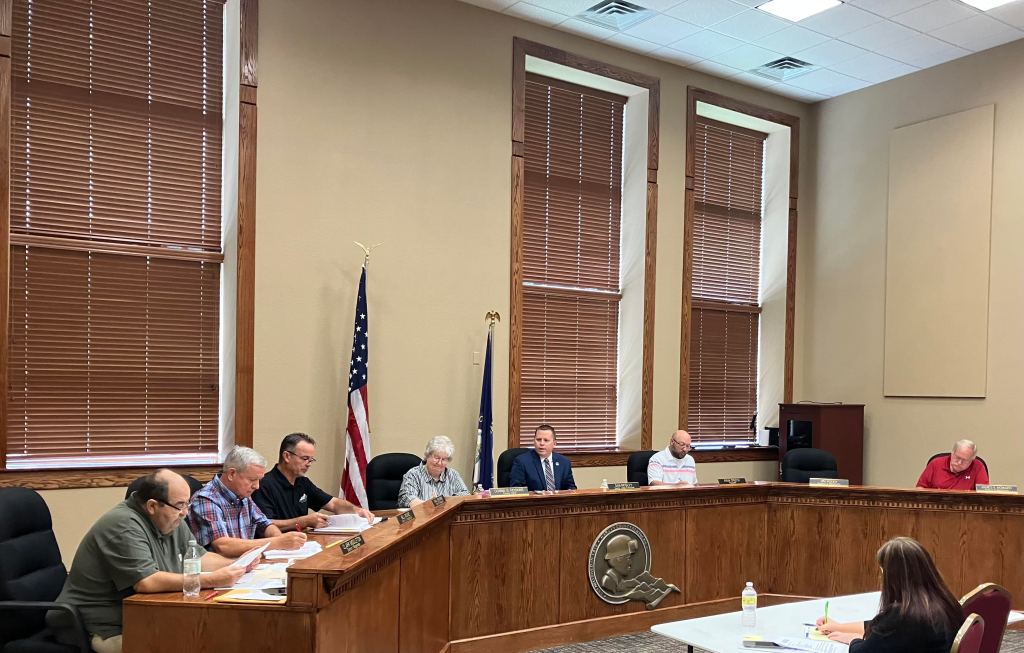 During a meeting on Tuesday, the Harlan County Fiscal Court voted to leave Harlan County’s tax rates for tangible and real property unchanged for the next fiscal year.

Harlan County Judge-Executive Dan Mosley brought the matter to the attention of the magistrates.

“This is always something that occurs in the month of August every year,” Mosley said. “Over the last six years, this court has left the property tax rate the same.”

Mosley told the magistrates that when he and Harlan County Treasurer Ryan Creech discussed the tax rates, the focus was on keeping the rates unchanged.

“It was definitely my desire to leave that unchanged,” Mosley said. “The compensating rate the state suggested would have raised the rate from .42 to .4210.”

Mosley mentioned a decline in real property within Harlan County each year.

“That has stabilized,” Mosley said. “We saw a substantial decline a few years ago…the total assessment dropped around $200 million. But, that has since stabilized.”

Mosley pointed out that one effect of inflation is increased property values.

“Given all those factors, it would be my recommendation that we leave the real property rate the same again,” Mosley said. “That will make seven years in a row without an increase.”

Mosley stated while the county is subject to inflation and costs have risen, the county’s department heads have worked to combat that issue.

“The department heads have done a great job managing their budgets and have reigned all this in,” Mosley said. “That has given us the ability to consider not having any form of increase.”

“The tangible is what dropped this year,” Creech said. “It has about an $11 million drop in the assessment…if you leave the rates the same, you’re talking about $43,000 or $44,000 less in tangible for the upcoming year.”

Mosley explained multiple factors could have caused the change in tangible property.

“There are two factors that could have led to that being less than it was last year,” Mosley said. “One factor being, did all the returns come in? There was a return that came in late after the data had already been submitted to the department of revenue that affected that number. It’s actually going to be $2 to $3 million higher than what was calculated by the department of revenue. That’s one issue.”

Mosley said there may have been other returns not received in time.

“Another factor is inventory, how hard it has been for people to acquire inventory,” Mosley said. “If it’s not submitted on a tangible return because they couldn’t get it, that impacts that number as well.”

Mosley pointed out that the tangible property values are still higher than in the fiscal year 2019.

“Even though it is lower than last year, it’s higher than it was three years ago,” Mosley said. “I think it leaves us in a position to be able to stay consistent. I certainly hope that other taxing districts do the same thing. We don’t have control over that … I certainly hope that during a time when we’re seeing record inflation at the federal level, that people don’t look at raising the tax rates locally. I just think it’s not appropriate.”

“As a county government, we have very limited streams … Of taxation income to provide services,” Browning said. “We’ve only taken one avenue. We do not do occupational taxes or other streams of taxes … The most fair way to do it is through property tax.”

Mosley asked for a motion to set the tax rate for the real and tangible property at the same rate as 2021. Magistrate James Howard made the motion, seconded by Magistrate Bill Moore.

The magistrates voted in favor of the motion with no opposition.