At least 8 lives lost from flooding in Appalachia, more expected 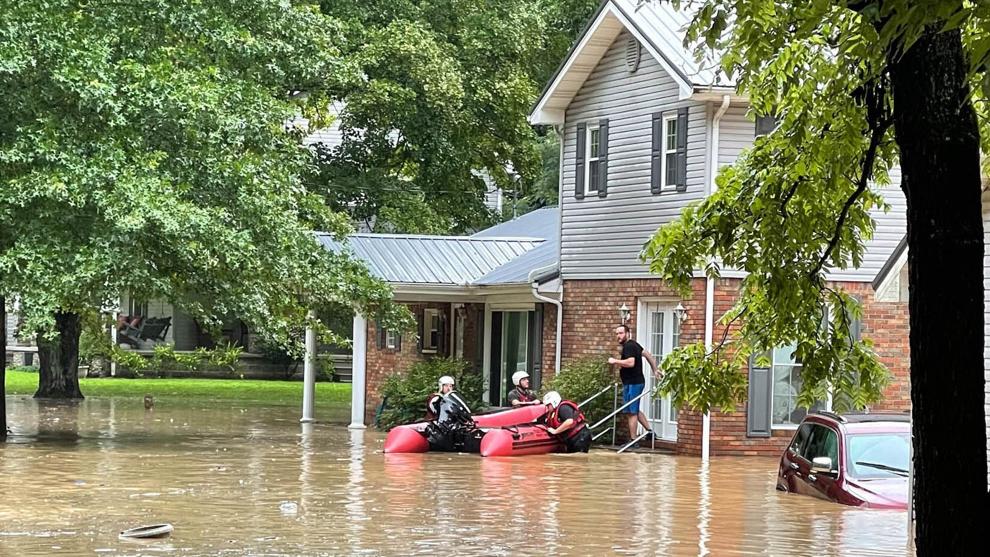 At least eight are now confirmed to have died due to the flooding situation caused by torrential rain in eastern Kentucky, which has prompted Gov. Andy Beshear to declare a state of emergency.

During a Capitol press conference Thursday afternoon, the governor said two of the deaths occurred in Perry County, and another in Knott County, but fears there will be more. “Unfortunately, I expect double digit deaths in this flooding. That’s something that we rarely see. And we’re going to see more rain tonight in some of these areas.”

By Thursday evening, the death toll had already risen to eight with more who are missing.

Those who have lost their homes are being put up at three state resort parks in the region, Jenny Wiley, Buckhorn and Pine Mountain.

In addition to the governor’s declaration, which is statewide, local states of emergency have been issued in at least six counties: Breathitt, Clay, Floyd, Letcher, Owsley and Pike. Beshear said there could be more, but communications issues in the affected area may be preventing word from reaching Frankfort.

More than 25,000 people were without power, many others lost their water supplies due to the flooding, and cell phone service is also reported to be sporadic in the area, he noted, with restoration efforts hampered by high water.

Kentucky National Guard Adjutant General Hal Lamberton said his troops have been conducting rooftop and water rescues of residents stranded due to flooding, and he has gone outside the state for more resources.

Lamberton said Zodiac boats are also being employed for rescues. “This is an inflatable rigid boat that’s often used in swift water response and rescue efforts. Fish and Wildlife has some of their boats being engaged, and we’re going to augment their efforts.”

About 82 National Guardsmen are involved in the response, both soldiers and airmen, but that number could increase if the need arises. Staffing of the emergency operations center at the Boone National Guard Center in Frankfort has also increased.

Beshear said similar to his actions after the tornado outbreak in western Kentucky last December, he is establishing a “Team Eastern Kentucky Flood Relief Fund, so people can make donations to help those who have suffered losses.”

Beshear said he plans to visit the area, but not until the resources are available, so he does not interfere with ongoing search and rescue efforts.