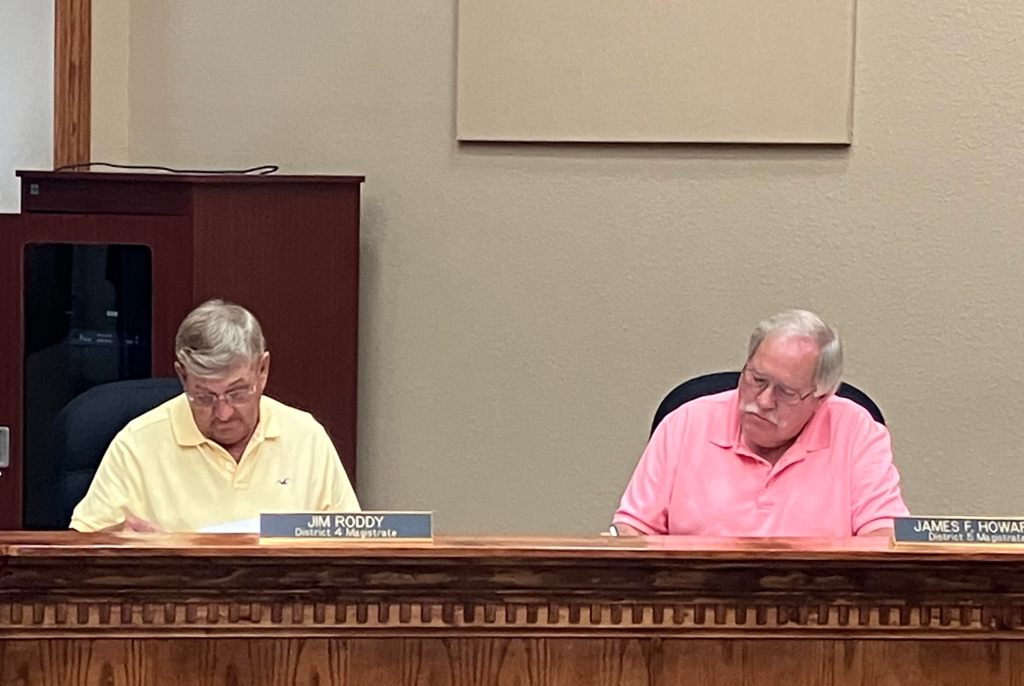 During a recent meeting, the Harlan County Fiscal Court took time to hear an update on the county’s financial position at the end of the last fiscal year.

Harlan County Judge-Executive Dan Mosley updated the court on the county’s expenditures and receipts, starting with a situation of lost income at the Harlan County Detention Center due to a downturn in state inmates.

“There’s always good news and bad news in every fiscal year that you go through,” Mosley said. “Some early takeaways, (Harlan County Jailer) B.J. Burkhart is working diligently to increase the state inmate population (at the Harlan County Detention Center). But the slowdown of the court system has really compounded the issue.”

Mosley explained the county relies on payments from the state resulting from housing state inmates at the Harlan County Detention Center. He added the state inmate population at the detention center dropped from 150 individuals to 80 due to COVID-19.

“As the court system has slowly reopened for business and moved in the direction of getting back to court, that census is not going up as fast as it came down,” Mosley said. “Burkhart and his staff have done an amazing job raining in costs to make this not be an absolutely atrocious situation. They strive hard to live within their budget and adapt to the changing times.”

Mosley said the state has recently passed legislation related to the situation.

“We’re getting an extra $4 per day per inmate, so that’s going to help somewhat stabilize this,” Mosley said. “We have to see the court system accelerate its pace and get through some of the backlog of cases. When people are convicted and face jail time, they become a state inmate.”

Mosley pointed housing state inmates is an important aspect of the operation of the Harlan County Detention Center.

He also advised the court there were expenditures for which the county expects to be reimbursed.

“We’re expecting to be reimbursed for the Cawood water line,” Mosley said. “We’re going to be getting that money back from the state.”

“There are some AML projects we paid for that we’re still waiting for reimbursement on, too,” Mosley told the magistrates.

“The good news, there was a nice increase in LGEA (coal severance) due to coal receipts,” Mosley said. “Coal has been mined, and the price of coal is good, so the severance tax is up compared to what it was at this time last year. Mineral severance was also higher than projected.”

The county also saw increases in other areas.

“The 911 fund, revenues outpaced expenditures,” Mosley said. “There is some bad news there. Kentucky State Police is significantly increasing their dispatching costs that are going into effect in January.”

Mosley noted he would speak with KSP concerning the increase.

“All in all, 63 percent of budgeted revenue was received compared to 68 percent of budget expenditures being expended,” Mosley said. “Not a bad situation at all. I appreciate all the department heads handling their responsibilities…it takes a whole village to manage this. Ryan’s (Creech, Harlan County Treasurer) office does a great job making sure the appropriate things are there and that we are spending on things that are of value … And that we’re operating within the guardrails. I really want to brag on all the department heads and officials for living within the budget.” 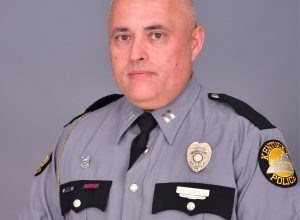