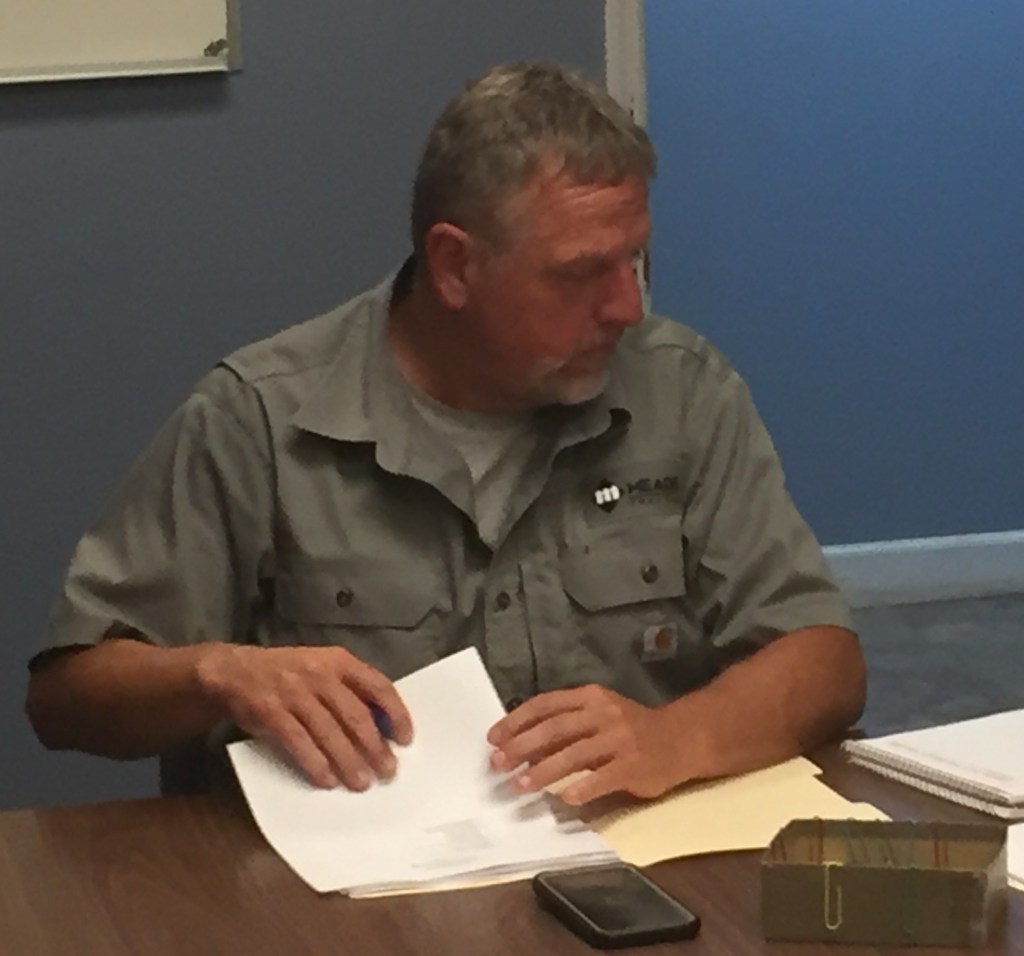 The Evarts City Council discussed an upcoming sewer project during the panel’s regular meeting on June 23.

Mayor Eddie Manning brought the council up to speed.

“We’ve had our engineer looking over our sewer plant for a while now,” Manning said. “There’s a lot of updates he thinks we need.”

Manning called on City Clerk Kristi Lamb for the cost estimate for work on the city’s sewer and lift stations.

Lamb went over some options for paying for the project.

“We have options,” Lamb said. “We can go for an RD grant and get 100 percent, or the federal government has sent the state $250 billion for infrastructure money and every single county get it. His proposal to go to (Harlan County Judge-Executive) Dan Mosley and say we need half of this.”

“He said if we can get half of this amount from the county, it’s going to be more feasible for us to get and RD loan or whatever else we have to get to pay for the other half of it,” Lamb said. “But regardless of how we get the money, we have to get your approval saying this is what we want to do.”

Manning pointed out the council’s approval would allow the city to begin looking into ways to pay for the work.

Council member Jaysin Stallard made the motion to enter into negotiations for the sewer project.

Manning noted the action would not create any obligation on the city but would allow the process of searching for funding to begin.

The council passed the motion with no objections.

“We’ll start looking into this,” Manning said after council approved the motion.