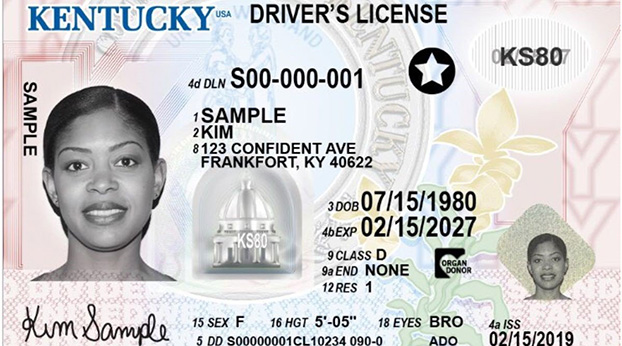 Drivers in Harlan County will soon be required to travel to a Kentucky Transportation Cabinet (KYTC) Driver Licensing Regional Office for driver’s license services such as renewals and issuing of a license. The closest location for most Harlan Countians will be in Pineville.

“Beginning on June, 27, I will no longer issue any type of driver’s license,” Flanary said. “That is being transferred over to the Department of Transportation.”

Flanary noted her office will cease driver’s license services at the close of business on June, 24, with regional offices being set up to provide the service.

“You can visit drive.ky.gov, and opt to renew online,” Flanary said. “Just go to the website, find Harlan for the original office, and make an appointment online.”

Flanary said it making an appointment at the regional office is encouraged.

“They can get a little bit busy, and especially at the beginning of this transition it’s going to be busier,” Flanary said.

Flanary mentioned the transition to regional offices has been in the works for some time.

“We’re in the last batch of counties in Kentucky to transition to regional offices,” Flanary said. “We’re right at the deadline.”

The U.S. Department of Homeland Security set a deadline of June 30 for the transition process to be completed, Flanary said.

According to a press release from Gov. Andy Beshear’s office, a KYTC Driver Licensing Regional Office is now open in Pineville. The office is located at 101 Courthouse Square, second floor. Its business hours are Monday through Friday, 8 a.m. to 4 p.m.

“We continue to expand access to Driver Licensing Regional Offices as one of three ways Kentuckians can now renew a driver’s licenses or state identification card,” Gov. Beshear said. “Kentuckians have more choices, like opting for a REAL ID version that’s accepted for air travel and military base access, renewing online or by mail, or choosing a card good for eight years instead of four.”

Flanary stated anyone with questions or issues traveling to a regional office should give her office a call at 606-573-2680 and she will be happy to assist.

“They can still come to me, and I will help them,” Flanary said. “I will still be available to assist in any way that I can.”

The regional office in Pineville is the closest option for most Harlan County residents.

Flanary mentioned the Kentucky State Police will still be responsible for giving tests for driver’s licenses.

The release states driver testing will continue to be performed by the Kentucky State Police (KSP). Applicants requiring a skills test or written testing must schedule an appointment online at assigned locations by visiting www.kentuckystatepolice.org/driver-testing.

Driver’s licenses may be renewed up to six months prior to the expiration date, Flanary said.

“So, if anybody’s license is expiring (in the next six months), they can come in and renew in my office…until the close of business on June, 24,” Flanary said.

The release additionally states Kentuckians can visit drive.ky.gov to schedule an appointment online. While walk-in customers may be served, they will be served on a first-come, first-served basis at most locations. It is encouraged to visit this page and check the status of walk-in services before visiting an office. Additionally, first-time REAL ID applicants must visit a KYTC regional office in person, and bring proof of identity, residence and social security. For a personalized list of required documents to bring when applying, visit realidky.com.

“I’m excited about the opening of the regional office in Pineville,” Flanary said. “For Harlan residents, that’s a big plus, so they don’t have to travel across Pine Mountain to Manchester or as far as Somerset.” 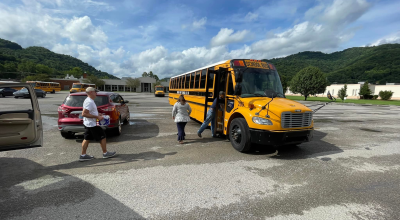