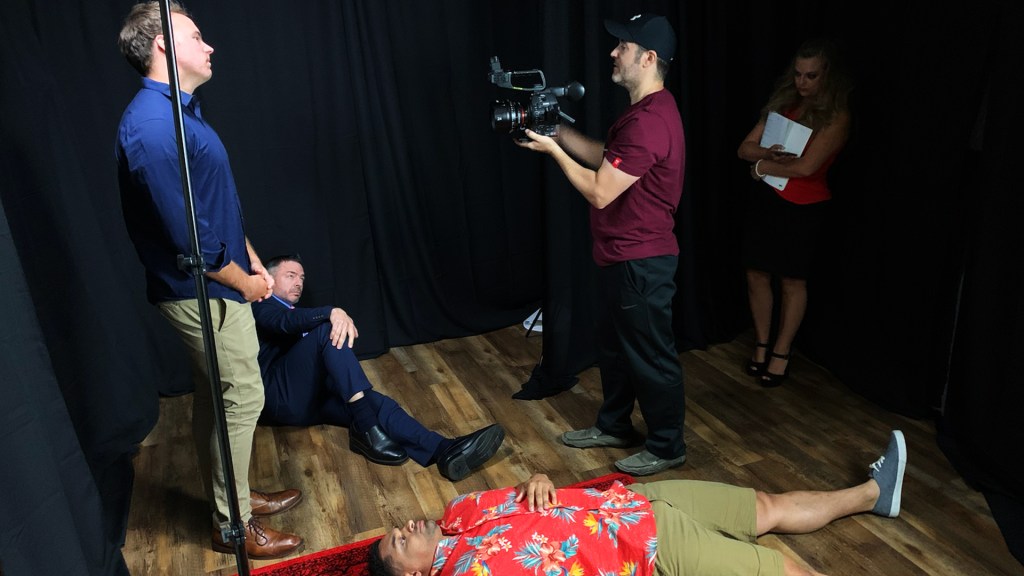 A Harlan County native has created a film currently streaming on multiple platforms, including Prime.

According to a press release, The Devil’s Instrument, written, produced and created by Adam Sergent, is a horror/comedy film, about a wealthy novelist who makes a deal with the Devil and in an attempt to save himself and his family he tries to get out of the deal.

“The devil does not look kindly upon those who defy his generosity; and besides, he just really likes to play. Mixed with deep characterizations, a wealth of humor, and unforgettable action, THE DEVIL’S INSTRUMENT is ultimately a story of redemption and sacrifice which proves that success of any kind will never be worth the price of your soul,” states the release.

Sergent, Founder and President of Bad Image Productions, talked about his current release, The Devil’s Instrument, in a recent interview.

“My parents were educators in Harlan County for 30 plus year,” Sergent said. “My mother taught at Wallins Creek and my father was a math teacher at James A. Cawood.”

“I was on the basketball team and track team, and graduated in 1998,” Sergent said. “Then I moved to Richmond and went to Eastern Kentucky University.”

Sergent discovered a love of filmmaking while still in high school.

“I think Harlan County played a big role in that,” Sergent said. “When I was in high school, I was in an honors English class and one of the projects was you could write an original script and make a film…so I got my friends together and we wrote a script and made a movie. They played it several times, they may have even played it for the entire school. That lit a fire in me and made me realize that maybe this is something I could do.”

“I worked in education and different fields,” Sergent said. “That never gave me that same fire or feeling that I had when I was making those movies in high school…I didn’t have a film education or background, so I spent a lot of a decade educating myself and finding all the resources I could.”

Sergent explained he read hundreds of books on filmmaking and watched numerous videos on the subject.

“Essentially, I’m a self-taught filmmaker,” Sergent said. “I did most of the jobs on the film myself.”

The movie was filmed entirely in Kentucky, and stars Kentucky natives Austin Fletcher, Cory Spalding, Jordan Bryant, Ally Ledford, and Chris Olds, all who are making their feature film debuts.

“Kentucky is not known for being a film capital, but we’ve got a lot talent here,” Sergent said. “I really wanted to show that.”

Sergent said he expects to start preproduction on a new project, Darkness Hunting, in a few months.

“I’ve still got a lot of friends and family in Harlan County,” Sergent said. “Harlan County is one of the greatest places you can grow up in, you’ve got the mountains, it’s just a beautiful place. Everybody knows everybody. It was a great place to grow up.”

The Devil’s Instrument is streaming on multiple platforms and is currently available to rent or buy on Prime Video in the US and UK as part of Prime Video Direct.

For more information about the movie, go to www.thedevilsinstrumentmovie.com.