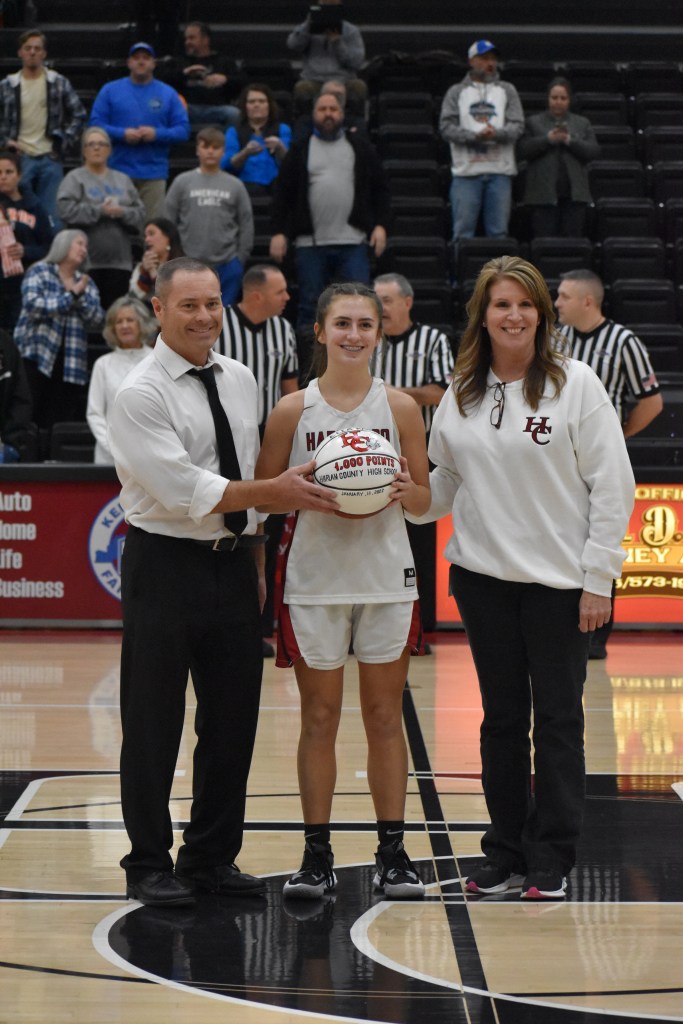 Sophomore guard Ella Karst scored 21 to lead the Lady Bears, including the first seven points of the fourth quarter to put Harlan County ahead to stay. Jaylin Smith and Hailey Austin added 14 and 11 points, respectively.

Harlan County took a 14-9 lead after one quarter as Karst scored eight and Smith added four to lead the Lady Bears.

Austin scored eight in the second quarter as the Lady Bears took a 28-24 lead into the break.

Jackson scored seven points in a 12-4 run in the third quarter as Pineville took the lead before Harlan County’s strong finish.

Both teams committed 18 turnovers each.

Savannah Hill with three each and Whitley Teague with two.