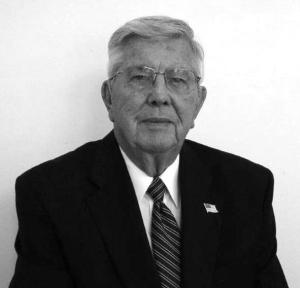 Dr. Thomas Guy Fortney Jr., age 97, passed away peacefully with family by his side, Friday, January 7, 2022, at Alive Hospice in Murfreesboro, TN. Born July 11, 1924, in Harlan, Kentucky, he graduated from Harlan City High School. Thomas played the clarinet and participated in Boy Scouts of America, earning the rank of Eagle Scout. He briefly attended Eastern Kentucky University before entering the US Army, July 1942. He trained as an x-ray technician and went to Europe as a combat medic in General Patton’s 4th Armored Division. During World War II, he participated in the Battle of the Bulge and the liberation of the Ohrdruf and Buchenwald German concentration camps, something which would have a huge impact on his later life. He was awarded a Purple Heart and two Bronze Stars for “heroic and meritorious” conduct. Other wartime and post-wartime exploits included ‘liberating’ the Hennessey plant in Cognac, France and riding Lipizzaner horses from Czechoslovakia to France. After the war, he graduated from the University of Louisville Medical School. He married the love of his life, Betty Ruth Gurley Fortney, on August 13, 1949. The couple first moved to Oak Ridge in 1952, where Dr. Fortney established a private practice in general medicine. Other professional positions included Chief of Staff at Oak Ridge Hospital, Medical Director for the Oak Ridge K-25 Gaseous Diffusion Plant, and Regional Medical Director and Corporate Medical Director for Union Carbide. Like many in the Greatest Generation, for years Dr. Fortney rarely talked about his role in World War II until after retirement, discussions with his grandchildren inspired what would become one of his life missions. When one grandchild told him about a teacher at her school who said the Holocaust never happened, he began to share what he had seen at the Ohrdruf concentration camp. A few years later, another grandchild’s questions about his wartime experiences eventually resulted in Dr. Fortney visiting her college class to do a presentation about the Holocaust. He was passionate about sharing his story with as many people as possible so no one would ever forget or deny what had happened there. He delivered his presentation at numerous high schools and universities, including the Holocaust Studies Conference at Middle Tennessee State University in 2015. Dr. Fortney was a member of First United Methodist Church of Oak Ridge and the American Legion. Among his passions were spending time with his family, boating, fishing, good cognac, fine wine, and reading. He was preceded in death by parents, Thomas Guy Fortney & Grace Douglas Fortney; wife, Betty Ruth Gurley Fortney; and brother, Ray Douglas Fortney. Survivors include children and spouses, Robert Douglas Fortney & Jerelynn Fortney of Lexington, KY, Thomas Guy Fortney, III, of Nashville, TN, Ruth Ellen Fortney Hafner & Joseph Hafner of Rockvale, TN, Richard Lee Fortney & Ellen Fortney of Sunrise, FL, and William Beck Fortney & Pamela Fortney of Emerald Isle, NC; 10 grandchildren; and 19 great grandchildren. In lieu of flowers, the family requests memorial contributions to Alive Hospice of Murfreesboro, 1629 Williams Drive, Murfreesboro, TN 37129. The family will receive friends 6-7:30pm Friday, January 14, 2022, at Weatherford Mortuary. Funeral services will be held 10:30 am Saturday, January 15, 2022, at Weatherford Mortuary with Rev. Lynn Kohler officiating. Interment will follow at 12 pm at Anderson Memorial Gardens with military honors. An online guestbook is available at weatherfordmortuary.com.