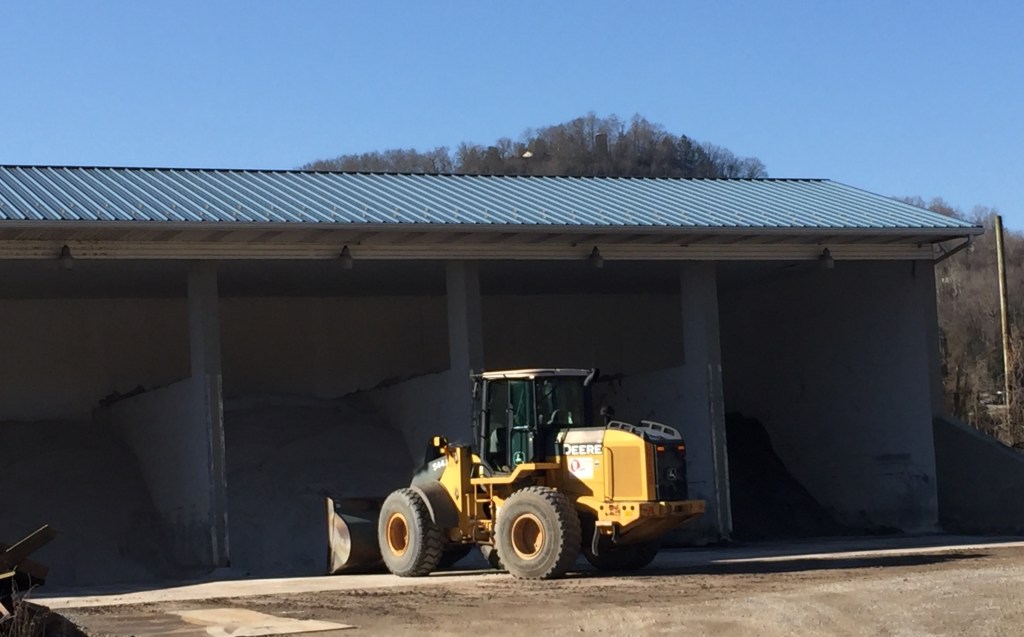 Thursday and Friday saw the biggest snowfall Harlan County has seen so far this winter, putting the Harlan County Road Department into action to clear the county roads.

Harlan County Road Foreman Chad Brock gave a rundown on the process his department implements when inclement weather strikes, starting with making sure there is enough salt on hand to get the job done.

“We’re in good shape with salt,” Brock said. “We’re stocked as normal for the time of year it is. We’re sitting on about 300 tons, and it takes about 50 tons per event.”

According to Brock, the cost of salt is currently approximately $130 per ton.

“We do a reverse bidding process,” Brock said. “We order it from the salt distributor, and they truck it to us. As a matter of fact, we’ve got another 100 tons on the way.”

Brock explained the salt is cut with very fine limestone gravel, resulting in a mixture that both saves money and is effective. Depending on the circumstances, the salt to gravel mixture is anywhere from 50 percent salt and 50 percent gravel to 75 percent salt and 25 percent gravel. This method is less expensive since salt costs approximately $130 a ton and gravel $15 a ton.

“We use different formulas for different amounts of snow,” Brock said.

There are also different methods for salting depending what sort of snow is coming.

“We’re always monitoring the weather,” Brock said. “Under normal circumstance, and what I’m calling normal is a snow without rain – we pretreat the roadways. We would go out and hit all the hills and shady spots with salt before the snow actually got here.”

Brock explained the snow that began on Thursday was immediately preceded by rain, which makes pretreating the roadways ineffective and wastes salt.

Brock added the rain would wash away any salt already applied.

The Harlan County Road Department is responsible for county roads only, with the state handling state roadways.

Brock mentioned the Harlan County Road Department has a fleet of 15 trucks available for salting the roadways.