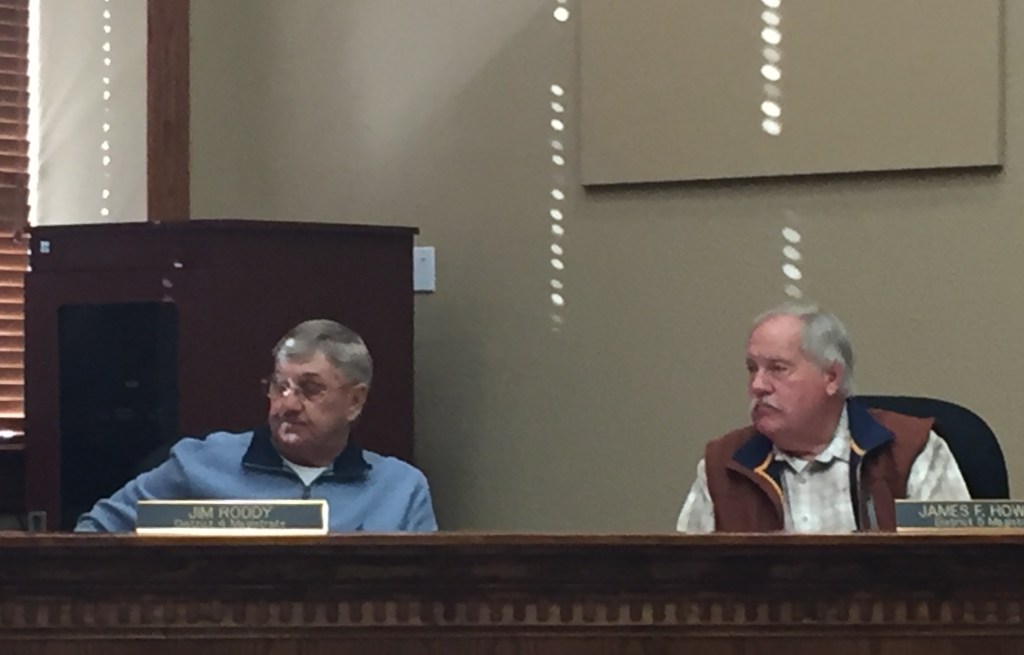 The Harlan County Fiscal Court discussed a pair of construction projects during a recent meeting, including the building of a gymnasium for the Boys and Girls Club and work on Sunshine Fire Station No. 1.

Harlan County Judge-Executive Dan Mosley brought the items up to the magistrates near the end of the meeting.

“Last month, bids had come in on Sunshine Fire Station and we referred it to my office for negotiation as well as to apply for the additional funding that’s out there,” Mosley said. “As part of that negation…we talked about having both these projects going at the same time. One is the fire department; the other is the Boys and Girls Club gym project in Fairview.”

Mosley stated combining the two projects would result in reduced costs. He then gave some details of the Boys and Girls Club gymnasium project.

“This is a project we’ve been involved in since day one,” Mosley said.

Mosley explained the gymnasium project had been opened for bids on two occasions, with the lowest bids coming in higher than expected. He also mentioned over $500,000 had been raised for the project by the Boys and Girls Club.

“They had raised a significant amount of money,” Mosley said. “However, due to inflation…they’re short as well. But it’s a very important project for the community and the children they serve all over Harlan County.”

Mosley gave some specifics of the reduction in costs made possible by combining the projects.

“You’re saving about $400,000 dollars because you’re doing them together,” Mosley said. “Then the only local funds you’ve got going into it is about $1.1 million in $3.4 million of projects, because of the fact that we’ve got the grants on one project, and we’ve got the private donations and personal fundraising on the other.”

After some further discussion, the court passed motions directed at the two projects, addressing the Sunshine Fire Station No. 1 project first.

Magistrate Jim Roddy made the motion, seconded by Magistrate Clark “Sparky” Middleton. The motion passed with no objection.

Mosley then called for a motion addressing the Boys and Girls Club gymnasium project.

“The action would be to entertain a motion to allocate $500,000 LGDF (coal severance) for the Boys and Girls Club gymnasium project,” Mosley said.

Middleton made the motion, seconded by Roddy. The court passed the motion with no objections.

• A 2022 salary cap for Harlan County Deputy Clerks was approved;

• The 2022 budget for the Harlan County Clerk was approved;

• A 2022 salary cap for the Harlan County Sheriff was approved;

Friday is deadline to switch political party for primary…