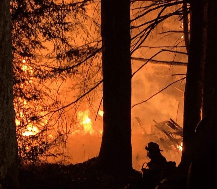 The Harlan City Fire Department recently responded to a structure fire on Ivy Hill, resulting in an arson investigation.

According to Billings, the department received a call in the early morning hours concerning a fire at 184 Shortcut Drive on Ivy Hill.

Billings stated the Harlan City Fire Department arrived on scene in a matter of minutes.

“At 5:52 a.m. engine four arrived on the scene and confirmed it was a totally involved fire, and other homes were in danger,” Billings said. “Shortly after engine four arrived, Harlan City Fire Chief Lynette Hutchison arrived on scene and had Engine four go to the top of Ivy Hill on Jerome Avenue and help protect the homes there and assist Engine three on Ivy Street to contain the fire to keep it from spreading out and endangering any other homes.”

The fire caused a total loss to the unoccupied structure, Billings said.

“There were no injuries,” Billings said. “It was a two-story structure.”

The firefighters had the blaze under control quickly and extinquished by mid-morning.

“By the time we got everything racked back up on the trucks, we got back to the station at approximately 10 a.m.,” Billings said.

The fire is under investigation as suspected arson. 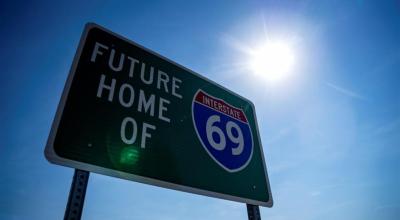