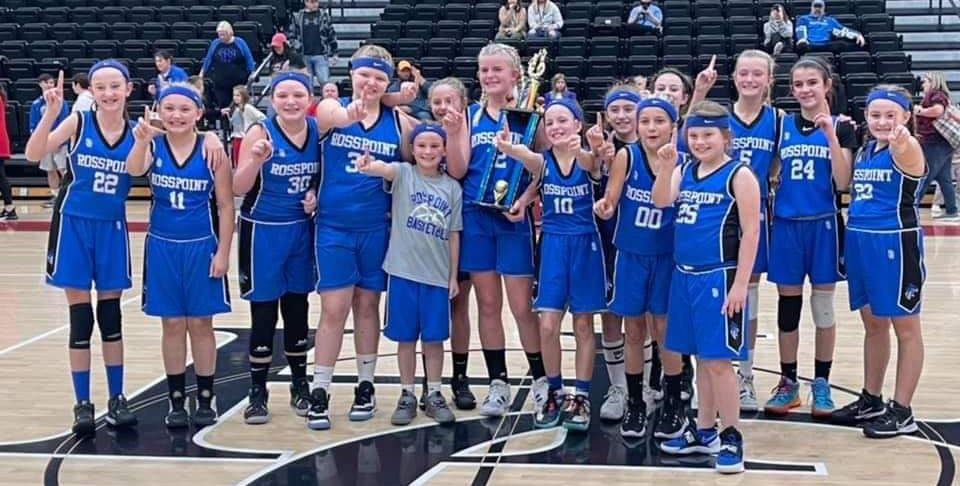 Shasta Brackett scored 12 points on Nov. 11, as Rosspoint claimed its second straight county fifth- and sixth-grade basketball championship with a 35-30 win over James A. Cawood.

Jayla Dillman poured in 15 points and Madalyn Bennett sunk 13 as the Black Mountain Lady Tigers won 33-26 in the consolation game over Wallins.

In the semifinals on Nov. 9, at James A. Cawood Elementary School, Rosspoint placed three players in double figures in a 47-20 victory over Black Mountain.

The Lady Tigers got 13 points from Bennett and five points from Dillman. Madison Wehner scored two.

Thomas poured in 12 points as James A. Cawood defeated Wallins 34-20.

The annual county tournament tipped off Nov. 6, with James A. Cawood, Black Mountain, and Wallins winning in the first round.
Davis had 10 points as the Trojanettes rolled to a 39-4 win over Cumberland.

Rylee Napier had the only point for the Lady Cats.

The Green Hills Lady Falcons did not field a team again this year.