Magistrate candidate could be first female elected in years 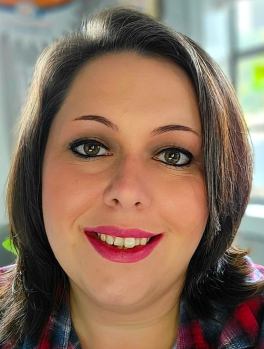 A Wallins woman could be the first female elected to the Harlan County Fiscal Court in years if she is voted in as District 5 Magistrate, a position currently held by official James Howard.

Erica Hall recently announced her plans to run for office as the election season begins in Harlan County.

Other women, such as Marie Parsons, Belinda Taylor, Kathy Shepherd, Helen Chasteen, Amanda Blair, and others have also run for a fiscal court positions over the years but were unsuccessful in their campaigns.

Delzinna Belcher was the second-most recent female elected to serve on the Harlan County Fiscal Court, first winning judge-executive in 1985. She continued to be re-elected until 1998 when Joe Grieshop took office.

Clerk Donna Hoskins has been the only other female continually reelected over the years to hold office with the fiscal court.

Virginia “Tommie” Saylor also ran and was appointed to District 5 Magistrate in 1993.

“I was raised in Bledsoe, so running in District 5, I know I can make a much bigger impact than what has been done in past years. I know I can help people,” Hall said.

“In Wallins, when it rains heavily, there’s so much drain off that it runs down into the streets,” she said. “Our house was also flooded earlier this year, and we’re still remodeling.”

Hall said many houses in Wallins and other areas in District 5 are not always flooded from creeks and rivers, but sometimes just from standing water and runoff from the roadways.

“A lot of people in Wallins are having trouble out of the abandoned mines, like the flooding issues. The walls they’ve built at the creek are caved in, as well,” she said.

After contacting officials in Frankfort, Hall said crews have came to look at the issues stemming from the abandoned mines but were ultimately told they did not have the budget to address something that is not “life-threatening.”

“It takes someone in that magistrate role to really step up and tell them they need to fix this or do something about it,” she said.

Hall said she knows and gets along well with the other magistrates in Harlan County, adding they would be able to work well together.

“We’ve talked about making sure we have our money coming back into the county, so having things that invest in our county and being able to get some of that revenue back,” she said. “You can’t just spend money on things and not have a way to make it back.”

Hall said she hopes to be able to work with others and restore her communities to how they have been in the past.

“Growing up, you could play outside until dark. You didn’t have to worry about all the dangers we do today. Your neighbors were your friends, but nowadays, it feels like everyone is against each other. I really wish we could go back to having less hate and more community,” she said. “I would love to see our communities back together. Like the people in Loyall, some of them are so close, and stories of Wallins back in the day. They had a Krogers and doctors offices and stores.”

Hall said she plans to continue working toward more bonded communities, community clean up projects, and having the abandoned mines, roads and flooding addressed in her district.