Harlan captures All “A” Conference Tournament 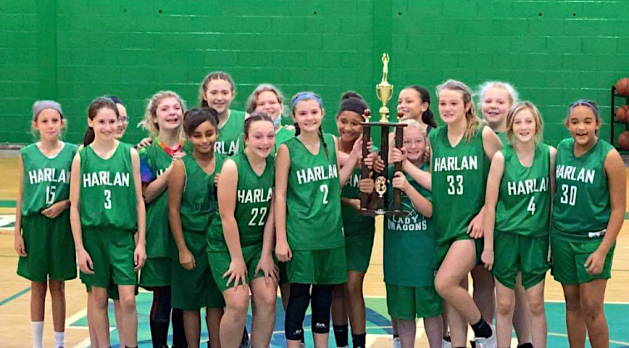 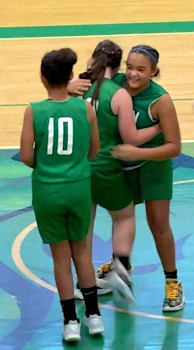 The Harlan Lady Dragons completed the regular season with a perfect 13-0 record in fifth- and sixth-grade basketball as Harlan hosted the All “A” Conference Tournament on Saturday.

The Lady Dragons had to overcome a sluggish start, but used a 33-16 second-half outburst to defeat Pineville 40-24 in the championship game.

“Offensively, all season long, our girls have done an excellent job passing the ball off to the open man,” said Harlan coach Kerri McCarthy. “We look to get it into the middle and find opportunities for good shots. The future is bright and we are excited with what’s to come.”

Neither team could get their offense clicking to start the game. Harlan led 4-2 after one quarter, but trailed 9-8 at halftime.

The shots began to fall in the third quarter for the Lady Dragons. Payshaunce Wynn scored eight points in the period while Addison Campbell added six as Harlan took a 23-17 advantage entering the fourth quarter.

Campbell fired in 12 fourth-quarter points as Harlan pulled away for the win, improving to an impressive 15-0 mark.

“A few keys to our wins throughout the season, and especially Saturday, was our 55 defense that we run from buzzer to buzzer,” said McCarthy. “We never let up, load on the pressure and anticipate passing lanes. The girls know what to do, and they executed the plan.”

Pineville got 12 points off the bench from Clara Strange. Jayda Boateng scored seven points. Jaycee Caldwell had three points while Madison Johnson finished with one.

The Lady Lions closed the season, under the direction of former Harlan basketball standout and Harlan County hoops coach Debbie Hoskins Green, with an 11-4 record.

The Lady Dragons got 14 points from Payshaunce Wynn and 10 points from Addison Campbell in a 40-11 victory over Middlesboro in the semifinals.

The Lady Dragons led 14-7 after one quarter and 28-11 at halftime. Harlan held the Lady Jackets scoreless in the second half.

“This has been an excellent season! The girls are incredibly talented and eager to learn more every time we set foot in the gym,” McCarthy added.

In the other semifinal game, Pineville claimed a 33-14 win over Jackson County.

The Lady Lions were led in scoring by Boateng with 10 points. Strange tossed in nine points

The seventh- and eighth-grade All “A” Conference Tournament will begin Monday at Barbourville.

The semifinals will be played on Tuesday. Top seeded Pineville will play the Jackson County/Lynn Camp Camp winner at 6 p.m. The other game on Tuesday begins a 7 p.m.

The championship is scheduled Thursday at 7 p.m. 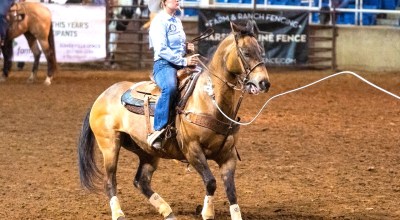