Family members left grieving after the death of Kayla Massingale recently shared details about her death, opening up on some of their concerns and unanswered questions.

Elizabeth Mitchell, Massingale’s aunt, spoke on behalf of the family to the Enterprise Monday night.

Mitchell said the family was not notified of Massingale being admitted at Hazard ARH until Aug. 31.

“When her mother arrived, they told her that she (Massingale) had no brain activity, but she did when she was at Harlan ARH. They didn’t give much more information than that,” Mitchell said.

Ultimately, Massingale’s husband signed the papers to remove her from life support with her mother’s blessing.

“After she filed a police report on Aug. 25, she told me they were going to kill her,” she said. “I told police too, but they apparently don’t take me seriously.”

Mitchell also confirmed various items belonging to Massingale are missing, including her vehicle, purse, and phone.

“I told the police detective when I went out there on Sept. 1 that her car, purse, and cell phone were missing,” she said.

“We didn’t know anything was wrong with Kayla because whoever had her phone texted Kayla’s mother and told her good morning and she loved her. I told the police all of this and they didn’t act like it was a big deal.”

According to the family, Massingale drove a 2011 Chevy Impala that looks light blue in sunlight, but on the title of the car, it is noted as being gray.

For the family, Mitchell said there are many unanswered questions, including why she was not flown out and why she was taken to Hazard ARH.

“I asked about who found her and the detective never told me. I wondered why they never posted a Jane Doe was found and gave her description where someone could identify her. Why didn’t they fly her to a bigger hospital? Why aren’t they trying to find her belongings?” Mitchell said. “We are in the dark on a lot of things just like everyone else.”

With so many unanswered questions, Massingale’s family has become uneasy about the investigation into her death, Mitchell said, noting the numerous inconsistencies that have come to light.

“I was being quiet about everything so far because I thought the police would do their job, and I didn’t want to leak any information that would hurt the case, but apparently, they’re trying to blame her death on COVID-19,” she said.

Locals have organized a group named Justice for Kayla in an effort to bring awareness to her case and help justice be established.

Created four days ago, the group has grown to nearly 750 members, all of which are working together to uncover more details behind Massingale’s death. 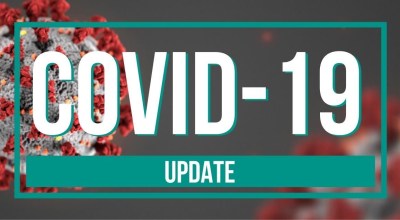