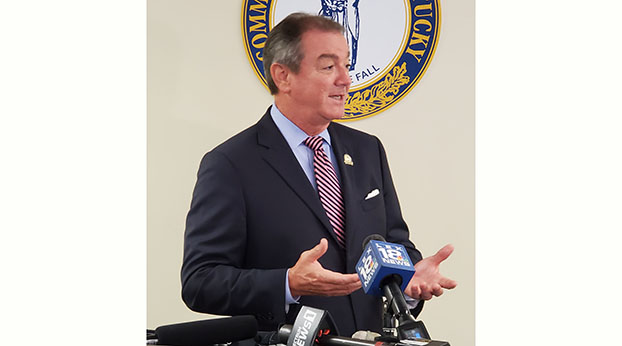 Lawmakers wasted no time in getting to work on the first day of a special session called to address COVID-related issues.

The House adopted HJR 1, legislation that ratifies several of the executive orders and agency directives issued by the Beshear administration during the COVID-related state of emergency. HJR 1 is sponsored by House Speaker David Osborne of Prospect. The ratified measures include provisions that allow the state to waive licensing requirements for out-of-state medical providers; continue to enforce price-gouging laws triggered by states of emergency; suspend specific building code requirements for hospital overflow areas; and implement temporary telehealth options for several state licensure boards.

“We’re talking about allowing nurses from Indiana and other states to provide care to Kentuckians and giving ambulance providers more flexibility. HJR 1 is by no means an endorsement of the administration’s handling of this pandemic. In fact, members reviewed each individual order and directive issued by the administration and chose not to include a large percentage,” Osborne said. “These are common-sense steps and should not be controversial.”

Osborne added emergency orders and regulations not mentioned in the resolution would immediately expire when the resolution becomes law. They include the controversial statewide mask mandate.

HJR 1 also includes provisions of legislation (SB 5) from the 2021 Regular Session that extend liability protection to organizations acting in good faith. In addition, the bill includes language from SB 150, a measure approved to provide relief to working Kentuckians and employers in the early days of the pandemic.

HJR 1 also extends the state of emergency issued in response to recent flooding in Nicholas County. According to the Speaker, doing so ensures necessary emergency services are provided to residents and businesses impacted by the flooding. The commonwealth’s request for federal assistance through the Federal Emergency Management Agency is going to be appealed after it was denied.

“On July 30, we had a flash flood that brought over five and half inches of rain in an hour and half period of time. Within 45 minutes, we saw extreme flooding taking over the downtown area. Thirty businesses along with 90 residences were severely damaged by the flooding,” said Rep. Matthew Koch. “My constituents in Nicholas County truly need help.”

Behear said Tuesday he is appealing the FEMA denial determination. It will be sent to President Joe Biden and is another opportunity to include any additional findings of flood damage not included in the initial request.

The appeal must be submitted within 30 days of the Sept. 5 denial letter.

Rep. James Tipton of Taylorsville added, “HJR 1 demonstrates how SB 1 is supposed to work and how the people’s body can come together effectively and efficiently to do the job.”