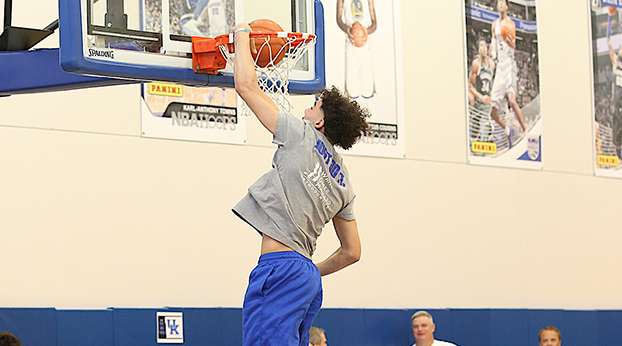 Two players not being talked about a lot even with all the hype over John Calipari’s team are sophomore Lance Ware and freshman Bryce Hopkins. However, ESPN college basketball analyst Seth Greenberg expects both to be contributors this season.

Ware will likely be the backup for center Oscar Tshiebwe and bring toughness that the Cats need.

“I love Lance Ware. He is just a guy who competes his ass off. He needs to finish better at the baseline than he did last year and he can,” Greenberg said. “But you know he is going to throw his body around and carve out space inside and bang and do all he needs to do. It’s nice to have a guy coming off the bench who can change the way the team is and he can do it with how he plays.”

Hopkins is a five-star forward who Greenberg compares to two former Cats — P.J. Washington and Terrence Jones. If he’s in that mode, he is going to help.

“He needs to get in a little better shape. He is not as athletic yet as you would like him to be, but from all I have been hearing he is going to be a really good player. He’s really skilled and Cal seems to like him a lot,” Greenberg said.