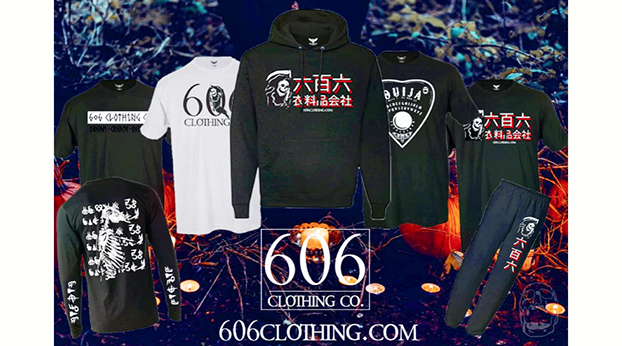 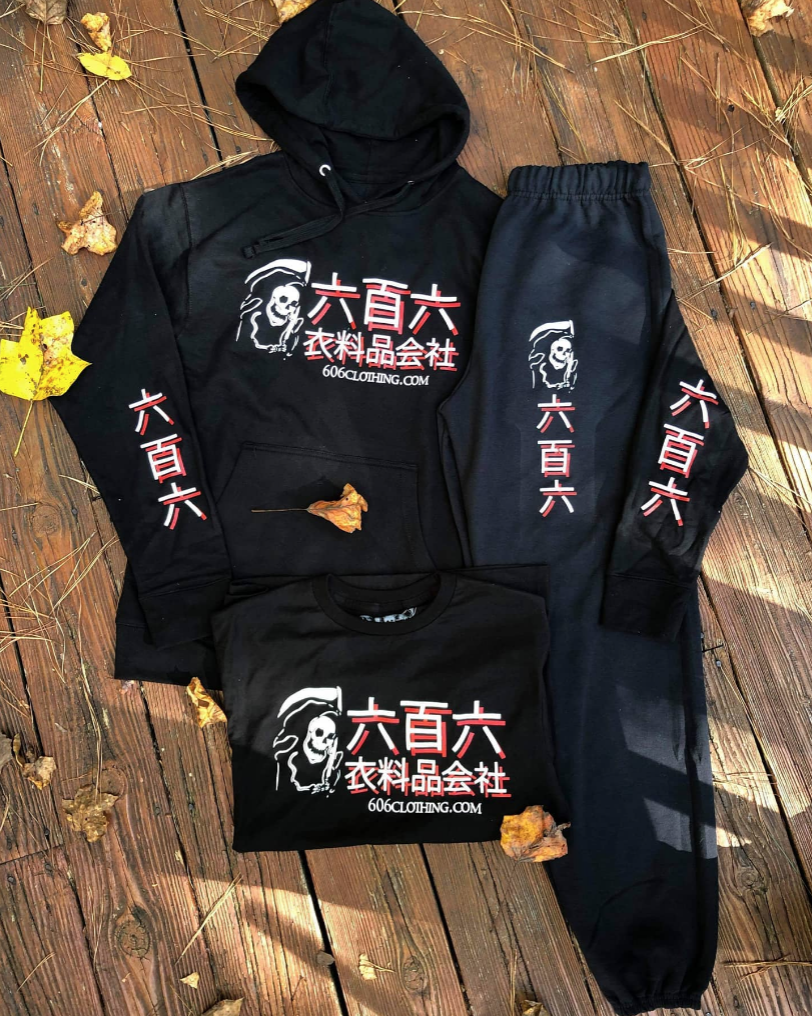 Professional actor Tony Demil is a customer of 606 Clothing Company, and recently stylists of various musical artists including Lil’ Zane and Blackbear have contacted the company, interested in the line for their clients. 606 Clothing Company is currently working with British recording artist Chelji, who has agreed to model for the label.

606 Clothing Company was founded by Zac Caudill of Cumberland in 2018, and co-owner, Holden Jackson of Cranks, came aboard in 2020. According to their website, 606 Clothing has been “ruminating for years in the forefront of skater punks and rocker kids’ heads. 606 Clothing designs are modeled off the ideas and experiences of many friends whose dream was creating peculiar and distinctive artwork arousing comedic and new wave emotions while simultaneously benefiting the local community and worldwide areas in which it reaches.”

According to Caudill, most of the label’s inspiration comes from music, or things they feel very passionate about. The designs of the label tend to be very cryptic in nature and have a much deeper meaning than first appears. You can find Japanese, Cherokee, and the obscure language Laskian Striggoi within the designs. Some designs feature the fictitious character “Sudali,” a skeletal mascot of sorts for the brand.

Although designed and created in Appalachia, the company does not have a traditional Appalachian style or feel. Their customers tend to be young people and reach beyond the region where it is based.

They have a large social media presence, and the majority of their customers are from the west and east coasts of the United States with most packages being shipped to California.

“I think most of our orders come from California and other states because of personal tastes.

Furthermore, it’s a sign that my plan on naming it 606 worked. It means something to us locals, but to people in other places, it’s just a cool name,” Caudill said in a recent interview. Jackson says “the style was never intended for one specific demographic, and like most other things, it’s only natural that people will respond to something that they find sensational, particularly in a nation with such a vast array of people and cultures. On a simpler note, a lot of people are empowered by embracing non-traditional aesthetics, especially when it’s something in which they find meaning.”

The look of the company is dark and edgy, with most of the apparel being black. The modern and thought-provoking wording is usually accompanied by the image of a skull. One of the new lines combines a skull with Japanese writing and the addition of bright red against black clothing. The company’s goal is to reach the success of national and international brands such as Lurking Class and Black Craft.

Although proudly displaying their pride for their home of Harlan County, 606 Clothing is creating a label to appeal to a wide-ranging audience. “606 Clothing” is now a registered trademark with the United States Patent Office and has plans of introducing a variety of new products to their lines.

606 Clothing has a following in Harlan County and the company has recently secured a brick-and-mortar storefront and will be opening for business in Cumberland, Kentucky, within the next few months. The shop will feature the 606 Clothing line and complimentary collectibles such as trading cards, gaming-related items, and music memorabilia. The label can be purchased online at www.606clothing.com.