UK’s Lilley is SEC player of the year 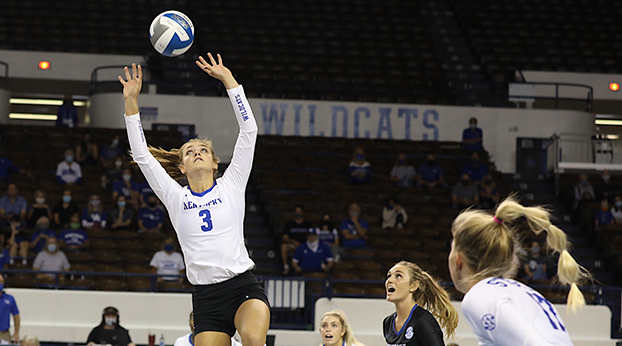 All-American Madison Lilley was an easy choice for SEC player of the year in voting by the league’s volleyball coaches this year. She led UK to its fourth straight league championship in her four years at UK and a No. 2 seed overall in the NCAA Tournament.

But has Lilley been so good that she’s been taken for granted at times?

“With a player like that you have to be creative in how you challenge them to get incrementally better each year,” UK coach Craig Skinner said. “We have tried to do that and challenge her a lot of different ways.”

Lilley has become such a dominant setter that Skinner says her true worth probably will not be appreciated until she’s no longer playing for UK.

“With a player like Madison, you realize how good she is when she is gone,” Skinner said. “When she is with you, it’s just the status quo and how you do it.

“It’s like a point guard who never turns the ball over and gets assists and makes the right decisions. You don’t realize it (how good she is) until she is gone. That is the thing that will stick out when Madison has graduated.”