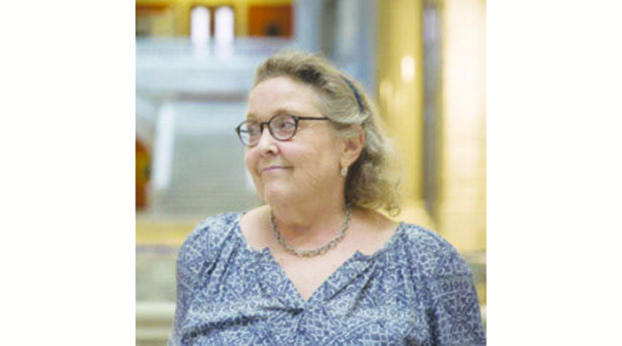 How to “celebrate” Sunshine Week 2021 when all around us is darkness?

This is the question the Kentucky Open Government Coalition has struggled with since Feb. 25. On that day lawmakers launched yet another frontal assault on our open records law. This year the assault took the form of HB 312 — until Feb. 25 “an act relating to financial institutions.”

But this assault — unlike those in the past — was different. HB 312 seemed certain to pass.

Where was the impediment?

Whatever its reasons (and we do not impugn them), the Kentucky Press Association — long the watchdog of the open records law — took a neutral position on the bill.

So despite our limited resources and inexperience, the Coalition stepped into the breach.

We had the knowledge and we had the commitment. The Kentucky Open Government Coalition was, after all, born in the midst of the last great open government crisis: 2019’s HB 387.

That assault involved many of the same issues and many of the same players. Chief among these was a “residents only” requirement for use of Kentucky’s open records law and the walling off of legislative records from public scrutiny.

For the Coalition “into the breach” in 2021 meant:

• immediately alerting the public through social media to HB 312 — surreptitiously introduced in a mule bill two days after the final day for filing new bills and passed out of the House within 24 hours;

• identifying individuals and organizations of like mind and sending a letter of opposition to members of the Senate in which we parsed HB 312 and identified our objections;

• testifying before a Senate committee that (perhaps by design) placed HB 312 at the end of a lengthy agenda and cut us off just as we were launching into those objections;

• joining a freshman Republican senator in an op-ed opposing HB 312;

• advocating from the outside for changes in HB 312 (some of which were actually made);

• listening to agonizing floor debates of HB 312 that exposed many lawmakers’ basic misunderstanding of, and utter disdain for, the value of Kentucky’s open records laws as well as their willingness to misrepresent the current state of the law; and finally

• witnessing the inevitable passage of HB 312.

Along the way, some lawmakers distinguished themselves.

In the House, Reps. Flood, Graham, Marzian, Wheatley, Jenkins, Hatton, Cantrell, and Minter rose to speak in opposition to the bill, demonstrating an appreciation for, and understanding of, the law.

In the Senate, Sens. Buford and Southworth did the same. Southworth, in particular, worked to secure amendments to minimize the damage to the public’s right to know that would have resulted from the original bill.

But two components of HB 312 were off the table. Lawmakers were determined that Kentucky’s records would be accessible to residents (as defined) only and at the expense of nonresidents with critical need.

Lawmakers were also determined to insulate themselves from meaningful public scrutiny by making themselves the final arbiters of access to their records.

After HB 312 takes effect, denials of records requests submitted to the General Assembly and LRC will be “final and unappealable.” And it is a very small body of specifically enumerated records — mostly those that are already posted on the LRC website — that will thereafter be deemed disclosable.

On March 15, the Kentucky Open Government Coalition, and other open government advocates, will ask Gov. Andy Beshear to veto HB 312. We recognize that this gesture is unlikely to alter the legislature’s inalterable course, but we cannot rest until we have exhausted all hope.

How to “celebrate sunshine” when all around us is darkness?

We “celebrate” with stubborn resistance, with redoubled commitment, and with the confidence that the public recognizes these cynical and self-serving legislative assaults on open government for what they are: a clear and unmistakable desire to engender fear and mistrust of our existing laws for the purpose of avoiding accountability, filtering out sunshine, and returning to darkness.

Amye Bensenhaver is a retired assistant attorney general, open government advocate, and blogger for the University of Kentucky Scripps Howard First Amendment Center. Along with Jennifer P. Brown, former editor of the Kentucky New Era and publisher of an online news site in her hometown of Hopkinsville, she recently helped establish the Kentucky Open Government Coalition to provide a voice for all citizens who support government transparency and accountability.